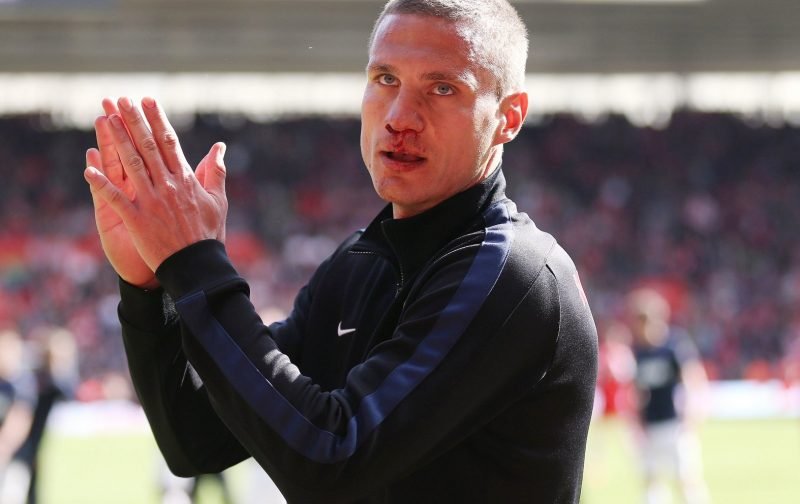 Only a matter of days ago, an interesting piece of speculation surfaced relating to Manchester United solving their apparent central defensive problem.

As covered by us, Click Here, it inferred that the club could be set to make a move for the Belgian international centre-back, currently on the books of Tottenham Hotspur, Toby Alderweireld

However, a possible move for the defender doesn’t get the approval of a Manchester United legend.

The news vehicle, the Express, is reporting that Nemanja Vidic is of the opinion that whoever is in charge of the club, in the summer, should look to add a quality midfielder to the squad.

Vidic is content that since the introduction of Ole Gunnar Solksjaer, Chris Smalling and Victor Lindelof have improved considerably and should be given the chance to continue.

Vidic, in quantifying his belief, is quoted by our referenced source as having remarked about Alderweireld and the midfield:

“Of course, I would like to see him there.

“But I think the club has to have a priority.

“What I see is, if you want to be in the Champions League next season and challenge for the Premier League, you have to strengthen the midfield.

“You need that depth in the midfield area.”

Has Vidic gauged it correctly or, given a preference, would you prefer the club strengthened the heart of their defence?