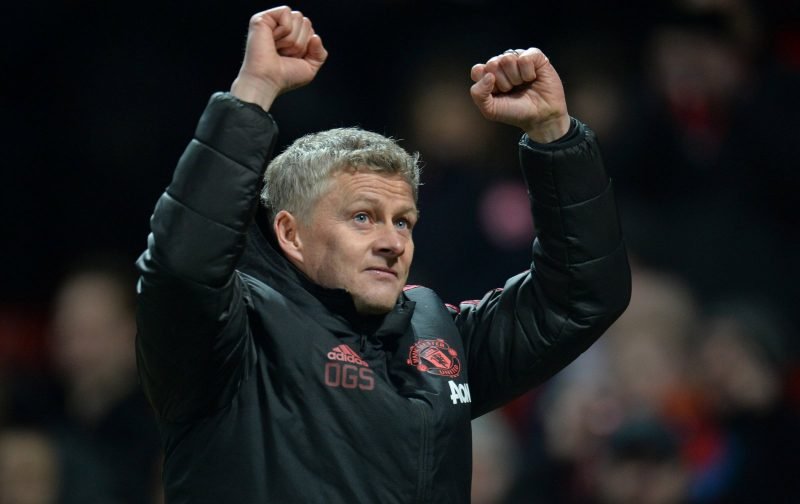 Regular visitors to this site will be acutely aware of just how much speculation we’ve reported on with regards to the possibility, this summer, of Manchester United signing a top-class centre-back.

It is speculation that has gathered momentum since the days when Jose Mourinho was the occupant of the Old Trafford managerial hot-seat.

However, the last couple of days have seen different scenarios being reported by those who control the mainstream media.

Yesterday, the red-top publication, the Sun, was championing the inference that Ole Gunnar Solksjaer, who is widely tipped to become the next permanent boss of the club, is set to abandon the prospect of spending £80 million on a centre-back and is, instead, prepared to give those already on the clubs’ books, the chance to prove themselves.

But, fast forward 24-hours and a completely different picture is painted by the media.

Firstly, the red-top publication, the Mirror, is of the opinion that Manchester United are still looking to acquire a centre-back and are focussing on signing the Tottenham Hotspur player, Toby Alderweireld.

Alderweireld, 30-years-of-age, is an experienced campaigner and available for a cut-price £26 million, courtesy of a clause in the Belgian internationals contract.

Continuing on the same theme, the same new source we opened this article with, the Sun, who, yesterday, reported that Manchester United were not pursuing the purchase of a centre-back this summer, are happy to report that Manchester United are set to be thwarted in their apparent chase to sign the Brazilian defender, currently on the books of Porto, Eder Militao, with Real Madrid looking to be the 21-year-olds preferred option.

Apparently, Real Madrid are willing to pay Porto £45 million for the player they acquired for a meagre £3 million.

Here at Vital Manchester United, recapping on the above, we’d have no problems with Solksjaer adding Alderweireld to the squad, he’s a proven defender and would complement those centre-backs we already have.

But, do you concur with my view or strongly disagree?

Are UEFA Coming Down Too Hard After That Emotional Champions League Night In Paris?