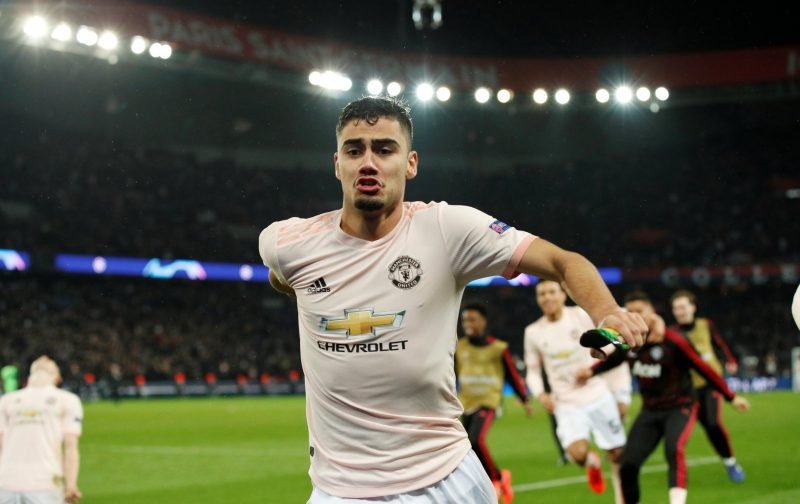 At 23-years-of-age Manchester United’s Brazilian midfielder, Andreas Pereira is at the stage of the career where he needs regular first team football.

Therefore, it makes sense, with the club keen to see the midfielder sign a new four-year-deal, to give him the opportunity to further his career out on loan.

According to the red-top source, the Sun, several possible destinations, for Pereira, are opening up.

Among the possible clubs that would be willing to take Pereira on loan are Leicester City along with a host of unnamed clubs on the continent.

In quantifying the possibility of Manchester United sending the Brazilian out on a season-long loan, our referenced source uses quoted from an Old Trafford insider that read:

“The club are prepared to let him leave for a non-rival if it helps persuade him to stay long-term.

“Nobody wants him to go as he is well liked here and is extremely talented. We are confident he can make it here.

“We know he needs more regular starts though to take his game to the next level. He is highly valued.

“Ole is a fan of his but will struggle to find a proper role for him next season as things push on at the club.”

To us, here at Vital Manchester United, that seems a fair assessment of where things stand with regards to Periera and we’d fully support a loan move to Leicester City, that way we’d be able to see just how the player fares in the Premier League when he plays on a regular basis.

As for a move to mainland Europe, we’re not so sure!