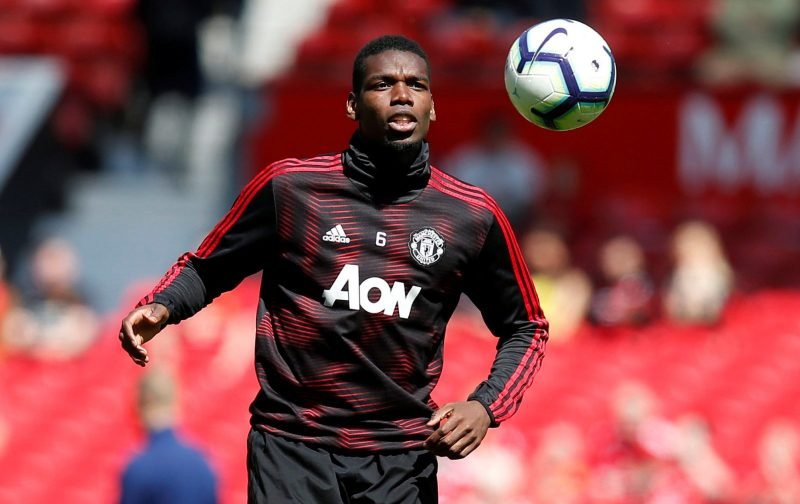 One of the more intriguing transfer topics of the summer transfer window, so far, relates to the future of our French midfielder, Paul Pogba.

It’s a subject matter we’ve touched upon several times already, since the 2018 / 2019 season came to an end, with our latest offering inferring Click Here inferring that a move was on the cards.

The last 48 hours have seen the speculation continue to gather momentum but I’m still not sure where Pogba will be playing his football come the big kick-off.

The first piece of speculation, courtesy of AS implies that the 26-year-old is not for sale and that the club are refusing to even name a price for their asset.

But, amongst the plethora of speculation appearing, that statement doesn’t appear to have dulled the aspirations of two of Europe’s top club.

Real Madrid, according to Marca continue to have a burning desire to sign the Frenchman and that the player remains Zinedine Zidane’s first choice.

But Real Madrid are not the only club eyeing up a move for Pogba with the Daily Mail championing the suggestion that the current Serie A title holders, Juventus, are keen to sign Pogba and would even be prepared to sell up to five of their squad fringe players to finance the deal.

Personally, I’m still of the belief that if Pogba isn’t 100% committed to the club he should go but perhaps the clearest indication of what the player wants should come from the player himself, how about it Paul, state where your loyalties lie and either quash the speculation or ride the inevitable wave of article that would accompany a declaration that a move is imminent.

How about it, Paul?

Opinion: I’m Not Too Excited About This Particular Possible Manchester United Signing