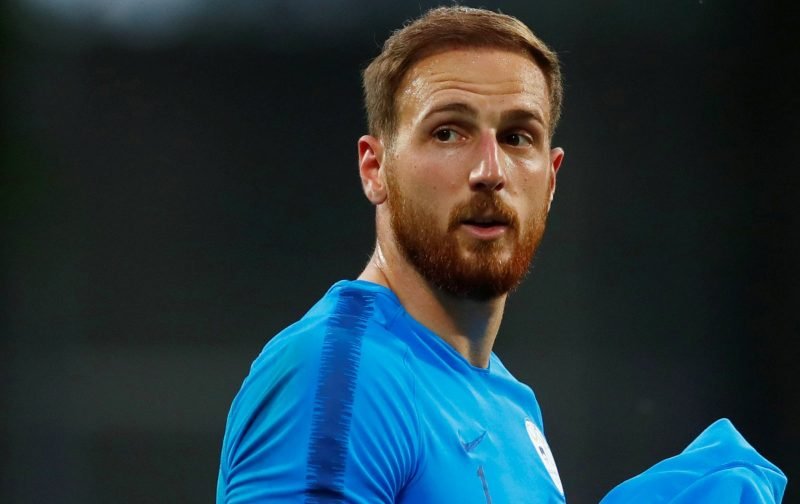 Will, come the big kick-off in August, David de Gea still be with the club?

It’s a question that perhaps even the Spaniard himself doesn’t know the answer to.

Already, here at Vital Manchester United, we’ve covered the speculation relating to the goalkeeper in depth, with our most recent article, Click Here inferring that a move away from Old Trafford is likely.

If that is the case, although I’d be perfectly happy to see Sergio Romero given the chance to prove he is an outstanding keeper, the media continue to generate article implying that Manchester United are looking to add a keeper to the squad if de Gea leaves.

Two typical examples are discussed below.

The first, courtesy of the Independent infers that United are looking at the Ajax goalkeeper, Andre Onana.

The Cameroon international played a key part in a season that saw Ajax win the Dutch league whilst also being a huge part of their Champions League run that saw the Dutch side reach the semi-finals.

At 23-years-of-age, Onana would definitely be somebody who could serve Manchester United long-term.

The second, courtesy of ESPN implies that the Atletico Madrid goalkeeper, Jan Oblak is looking to leave the club this summer.

Furthermore, it is also implied that the 26-year-old Slovenian favours a move to Old Trafford.

Oblak is a little bit more experienced than Onana and, in my opinion, has played his football in a higher calibre league.

If it was me who was to make the decision, I’d go for Oblak, whenever I’m seen him play he’s looked solid, he looks, he commands his box secure and has an aura about him that somebody who plays between the sticks needs.

But who would you prefer the club to sign?

Please feel free to follow the links to the wiki profiles of Onana, Click Here, and Oblak, Click Here, to review their careers and possibly aid you in deciding who would be your preferred option, then simply air your choice in the comment facility beneath this article.