Opinion: United’s Interest In Midfielder Gets A Thumbs Up From Me 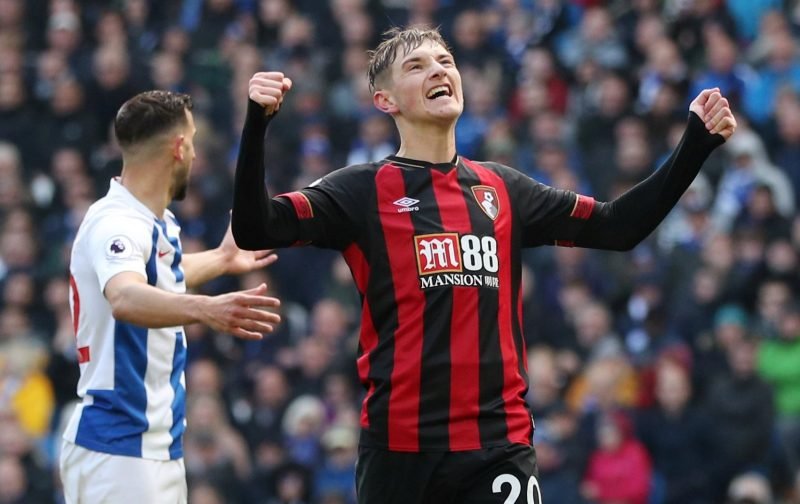 So far this summer, it has been very quiet as far as the transfer market has been concerned.

With pre-season training just a matter of weeks away, United have signed just the one player, Click Here Daniel James from Swansea City.

Hopefully that situation will change in the next week or so.

But despite United’s relative inactivity, the mainstream media continue to provide articles relating to players that United are reputedly, interested in.

Today, the Sun, is running with the inference that David Brooks, of Bournemouth, is on Ole Gunnar Solksjaer’s wish-list.

Brooks, just 21-years-of-age, signed for Bournemouth from Sheffield United last summer. The midfielder became an instant hit in the Premier League scoring seven goals and providing five assists for his side.

Although Brooks is primarily a midfielder he is also capable of playing out wide, throw into the mixer that he is also a life-long Manchester United fan and it would appear to be a dream move for the Welsh international.

However, whilst Bournemouth may have gotten Brooks for £11.5 million last summer, the Cherries, according to our quoted source, would be looking for something in the region of £50 million for their asset.

Now it’s fair to say that, when it comes to previous big-money buys, Brooks doesn’t fit the bill, but with Solksjaer keen to implement his plan of bringing the best young, domestic talent the Premier League has, to Old Trafford, then Brooks certainly fits the bill.