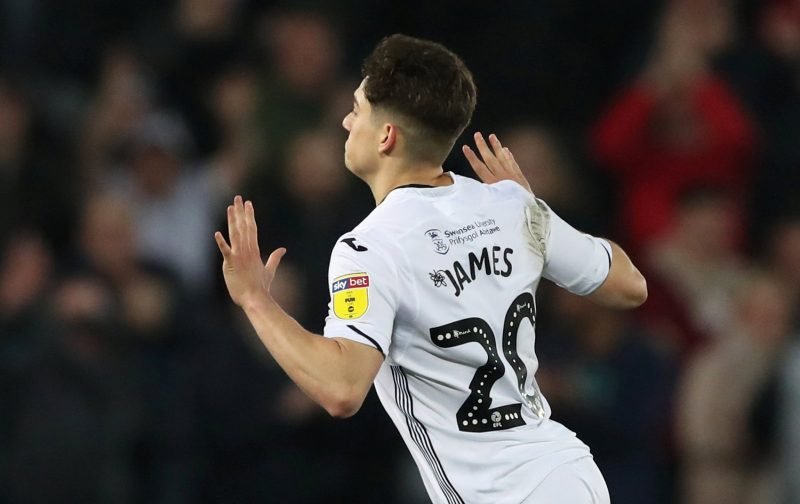 In what we are anticipating will be a busy summer for Manchester United, in the transfer market, the club has confirmed that they have completed their first signing.

The player in question is Daniel James, an exciting young winger who previously played for Swansea City.

James is a player we’ve been following, Click Here and yesterday, courtesy of the BBC, it was confirmed that the 21-year-old has put pen-to-paper on a five-year contract with Swansea City receiving an initial fee of £15 million.

James, Solksjaer’s first signing since becoming our new permanent manager, has enthused about joining the club and is reported by our quoted source as remarking:

“This is one of the best days of my life.”

I’d imagine it is indeed a dream come true.

As for Solksjaer, the same source carries the following quotes from the boss:

“Daniel is an exciting young winger with lots of skills, vision, exceptional pace and a good work ethic.

“This is the perfect environment for Daniel to continue his development.”

Now whether James, who scored 5 goals in 38 appearances for Swansea City last season, will go straight into the first team remains to be seen.

But with his lightning quick pace and an unerring ability to run at pace and keeping the ball under control, James will trouble Premier League defences and under the tutorship of the United coaching staff, he’ll only get better.