Opinion: If United Go Dutch Again It Certainly Gets My Approval 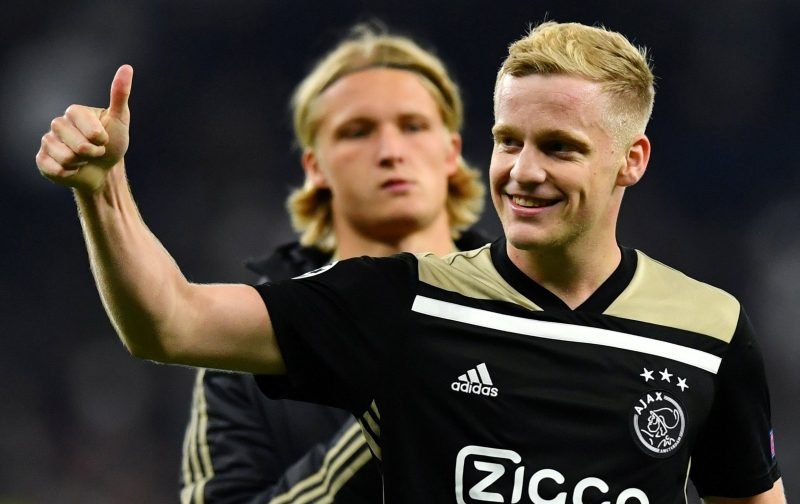 The acquisition of a midfielder, to the squad, seems to be prevalent when it comes to the media speculation this morning.

Already, as we catch up on the plethora of transfer tittle-tattle doing the rounds, we’ve covered, Click Here, the possibility of the Barcelona midfielder, Ivan Rakitic, to the squad, not a move, I hasten to say, that gets my full support.

However, another piece of speculation certainly does get a thumbs up from me.

Elsewhere, in the media spectrum, Talksport, are insisting that the Ajax midfielder, Donny van de Beek, wants to move to the Premier League this summer.

The 22-year-old was one of the stars Ajax’s successful season but wants to spread his wings with our referenced source implying that a move to either Manchester United or Tottenham would interest him.

But it remains to be seen whether United are interested in the player who, viewing his wiki profile, Click Here he looks to be somebody that could be a huge asset to United.

In the past, United have enjoyed huge success with Dutch players in their side, a point illustrated by the five players below who instantly spring to mind:

Could Donny van de Beek be the latest Dutch talent to grace the Theatre of Dreams?

I certainly hope so, how about you?

Please feel free to drop your views relating to the above subject matter into our comment facility beneath this article.