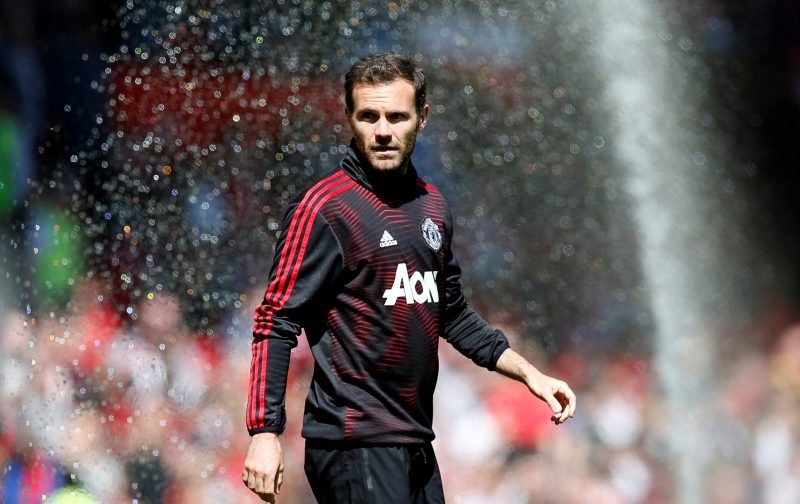 The future of Juan Mata has been something that the media have spoken about in recent weeks.

This article found in the Express provides a perfect illustration of the tittle-tattle doing the rounds.

However, Mata, now 31-years-of-age has opted to remain at Old Trafford with the BBC, reporting that the player has put pen-to-paper on a new contract.

Mata, who when he signed for Manchester United, was our record buy, has made 218 appearances for United scoring on 45 occasions.

He’s signed the deal only a matter of days before he would have become a free agent, with his previous deal expiring on 30-June.

Sat here in the editorial chair, I have to admit I’m delighted that Mata is staying but also surprised that the deal if the Guardian, is correct, is for a further three years.

Juan has, since he came to England from Valencia to join Chelsea and then United, always been a model professional, always giving his best, not complaining if he isn’t in the starting eleven but keen to make an impression if he’s brought on as a substitute.

He’s what I call a seven out of ten player and the kind of player that squads need and rely on.

Now with Mata remaining part of the furniture, let’s see which fresh pieces join him before the transfer window closes.