Opinion: United Have A Plan C And A Plan D But Stick With A Or B Please 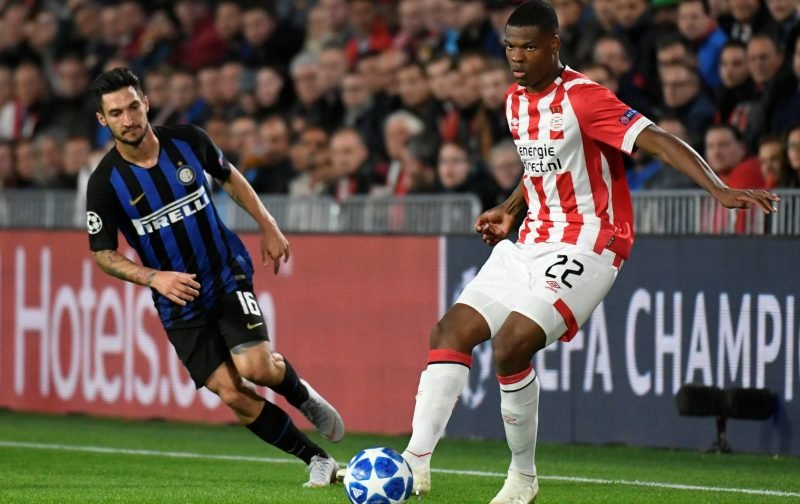 Confused? Don’t be it will all make sense when you read the article below.

Those who pay close attention to what appears on Vital Manchester United will acknowledge that we’ve been covering the speculation relating to a right-back being signed.

But the list of names Manchester United are being linked with for this position doesn’t conclude with just those two.

According to the Sun, United are also looking at the young Dutch defender, Denzel Dumfries.

At 23-years-of-age, the right-back is on the books of PSV Eindhoven and is a Dutch international.

For those that are interested in his career so far, Click Here, to view what Wiki has to say about the player.

But there is also a fourth player that has come, according to Sky Sports, that interests United with that player being Elseid Hysaj.

Hysaj, an Albanian international, is 25-years-of-age and is on the books of Napoli.

However, our quoted source also infers that Atletico Madrid are also interested in the services of a player who only cost his current club £4.5 million.

Hysaj, as well as playing on the right side of the defence is also quite capable of playing as a left-back, something that could sway interest in his direction.

For those who are interested in his career so far Click Here, to view what Wiki has to say about the player.

Personally, I’d prefer the Old Trafford hierarchy to pursue Aaron Wan-Bissaka or Max Aarons to bring to the club the best young talent in the domestic game.

But as to who eventually signs on the dotted line, we can but wait and see.