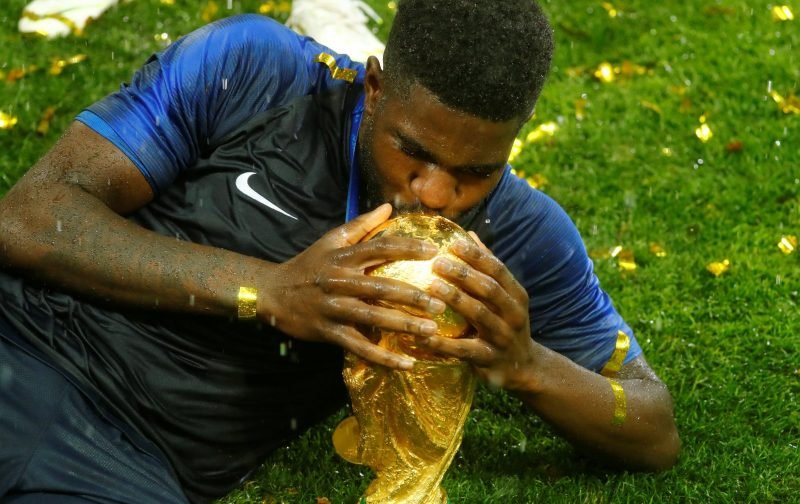 Yesterday, with the transfer speculation starting to ramp up, we covered the tittle-tattle linking Manchester United with a possible move for a defender currently plying his trade, in London.

The Spanish media source, Sport, is reporting that the Old Trafford hierarchy will make a serious attempt to bring the Barcelona centre-back, Samuel Umtiti, to Old Trafford.

Umtiti, a 26-year-old French international is a classy operator and would provide the perfect partner alongside Harry Maguire.

But I can’t help feeling any attempt to sign Umtiti is hugely ambitious.

Would Barcelona be prepared to sell?

Would the player be prepared to leave Catalonia and move to Manchester?

However, we can but hope there are some serious foundations to this rumour as signing Umtiti would be a major boost to a squad that has, in the last few years, slipped down the pecking order when it comes to having a chance of challenging for the Premier League title.

But, considering the above, what, do you believe, are the chances of Manchester United signing Samuel Umtiti?

Do You Believe, Given The Speculation, United Could Sign Samuel Umtiti From Barcelona?