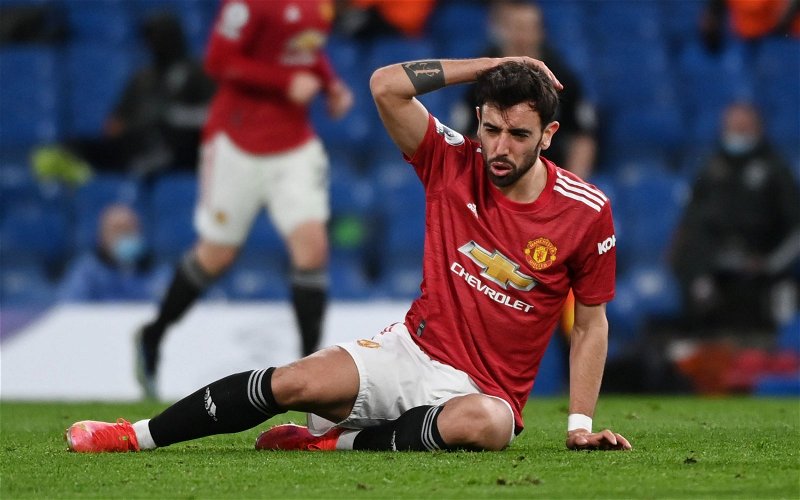 Okay, I will readily admit that when Manchester United signed Bruno Fernandes, from Sporting Lisbon, I was not sure he would be a success in the Premier League.

But I am also happy to admit that I was wrong and that would explain why I am an amateur hack as opposed to a football manager.

Since arriving at Old Trafford, there can be no doubt that the Portuguese midfielder has been the best player in the squad.

His performances have proven that, and he has lifted Manchester United’s hopes of achieving a Champions League place next season whilst also adding some silverware to the cabinet this season.

But while Fernandes has excelled on the pitch it would appear that when it comes to his salary, he lags behind several other Manchester United stars.

According to The Sun, when Fernandes arrived from Sporting Lisbon, he was awarded a contract said to be worth £100,000 a week, more than double that he was on in Portugal.

But that salary is dwarfed by that of several others in the Manchester United squad and our source is reporting that Bruno will soon put pen-to-paper on a new deal which will see his current salary doubled to £200,000 a week.

Although I will not argue that the salaries our stars receive could be viewed as obscene, compared to the wage the average working man picks up per week, in the context of football salaries an increase does seem a justified necessity.

Are they views you share, or would you care to disagree?