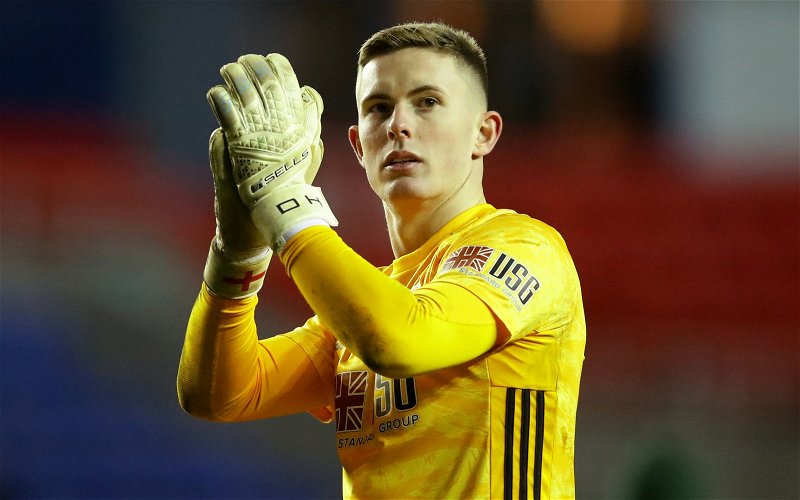 Surveying the media material available to me, I cannot but help notice that Dean Henderson has featured prominently, recently, when it comes to column inches generated.

Now I know football transfer can be complex matters but one article, published by The Sun did cause me to raise my eyebrow in surprise.

According to our quoted source, Manchester United have to cough up £10,000 every time 23-year-old Henderson is selected for the first team as part of the deal Carlisle United negotiated when they sold, the then 14-year-old, to Manchester United.

Quite a windfall it would seem if Henderson were to play on a more regular basis.

But, continuing on the above line, another article in The Sun, that was published a day later, champions the inference that Henderson expects to be the first-choice goalkeeper, at Old Trafford, come the 20121 / 2022 season.

Could this summer see the departure of David de Gea?

However, if you are looking for a major surprise when it comes to who will be the man between the sticks for Manchester United next season, look no further than The Daily Record who are reporting that Manchester United may surprise us all by recruiting a new goalkeeper with De Gea and Henderson both moving on?

Now that would be a major surprise and something I cannot see happening, but can you?

Please feel free to have your say on the above subject matter in the comment facility beneath this article.