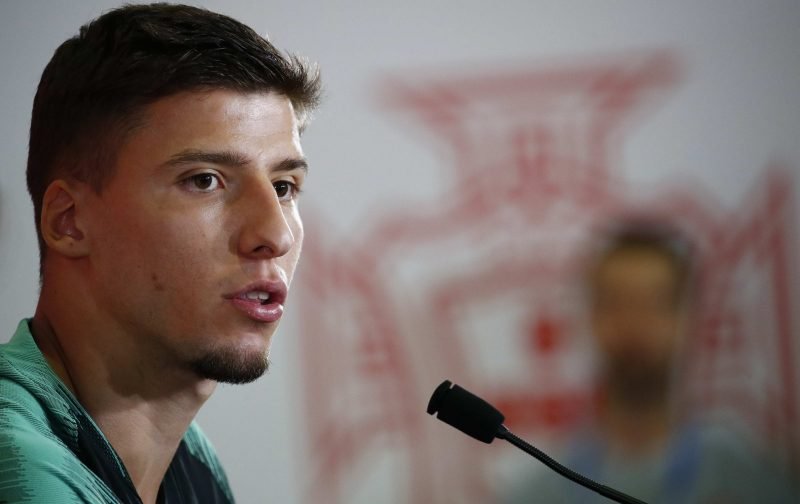 If the speculation in the media this morning is based on solid foundations, it could very well see Manchester United bring another high-priced defender to the club.

After bringing Harry Maguire to the club and in doing so breaking the world record transfer fee for a defender, one news source we stumbled upon, The Birmingham Mail, is championing the inference that Ole Gunnar Solksjaer would quite like to pair Maguire with the Portuguese international defender, Ruben Dias.

Our source is reporting that Manchester United sent scouts to watch the defender play a key part in Benfica’s 4-0 win over Braga, at the weekend.

But, as we may have hinted earlier, the 22-year-old won’t come cheap with Benfica having inserted an £80 million release clause in his contract.

You can find out the odds on this and so much more on these football betting sites.

It remains to be seen if this piece of transfer speculation does come to fruition, but would welcome a move for Ruben Dias with the international defender forming a central defensive partnership with Harry Maguire?

Please feel free to leave your view in the comment facility beneath this article.