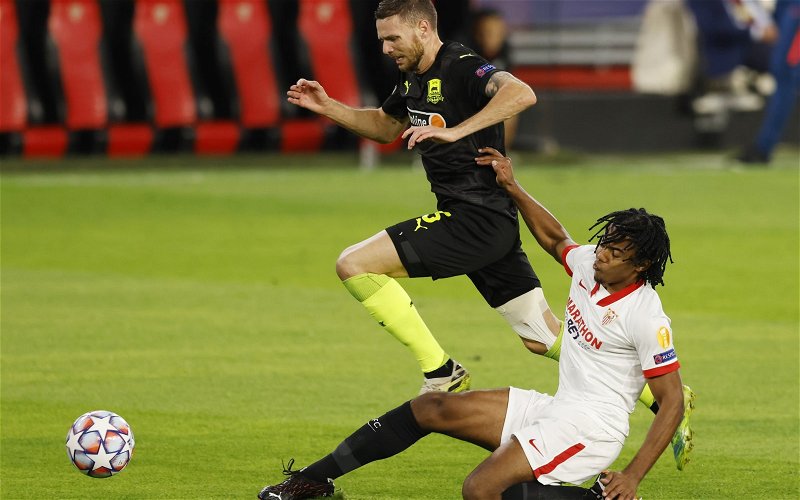 A week or so ago, here at Vital Manchester United, we covered the speculation relating to the possible signing of another centre back.

Our article carried the eye-catching headline – united-find-perfect-partner-for-maguire – with the subject of the speculation being the 22-year-old Sevilla centre-back, Jules Kounde.

However, if a deal is to be done it appears that there is a lot of groundwork to be covered between now and the Frenchman putting pen-to-paper.

According to The Daily Mail the Old Trafford hierarchy are not interested in buying the young defender unless Sevilla reduces his buyout clause which stands at £68 million.

With the worldwide Covid-19 pandemic having a financial impact upon football, it is realistic of our board to challenge the price but whether Sevilla will be interested in parting with their asset at a reduced price remains to be seen.

Here at Vital Manchester United, we will keep a close eye out for any further developments and report back as deemed appropriate.