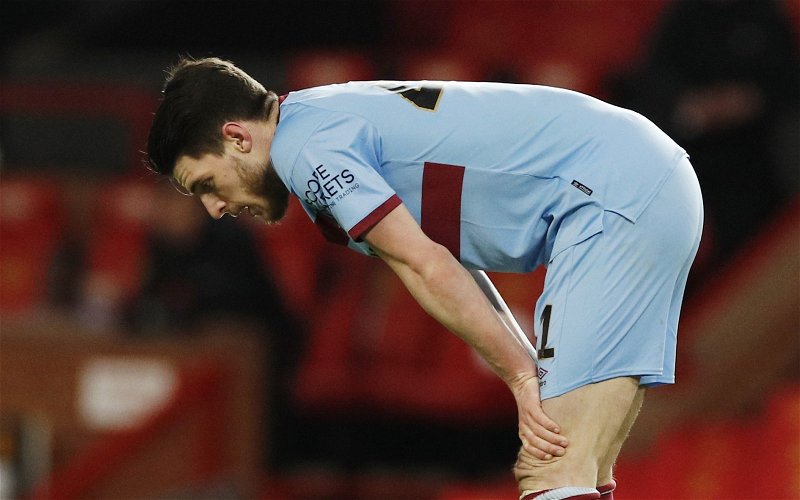 Regular visitors to this site will recall that, last week, we covered Manchester United’s potential interest, in Declan Rice, in the following article – united-interested-in-england-midfielder.

Today, that speculation has taken a new twist with 90 mins inferring that the Old Trafford hierarchy could be looking to secure the services of Rice by offering West Ham United a player plus cash deal.

There are no surprises when it comes to which player might be used to tempt the Hammers into parting with the 22-year-old with Jesse Lingard, Phil Jones and Nemanja Matic all getting honourable mentions.

There is no doubting that Rice would be a superb signing but, for now, I remain unconvinced that the player fancies a move north or that West Ham United are interested in selling the England international.

However, I will endeavour to keep a close eye out for any more transfer tittle-tattle on the subject.