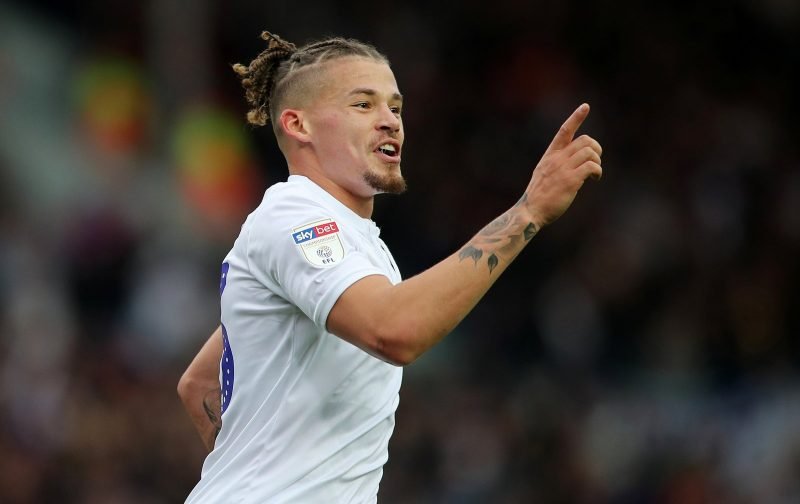 Manchester United’s recent transfer acquisitions illustrate, perfectly, the clubs’ policy of bringing in the best young British talent there is.

Since arriving at Old Trafford both Daniel James and Aaron wan-Bissaka have shown that it is a policy that can / will work.

In the last twenty-four hours, speculation has emerged that it is a policy that Manchester United would like to continue with.

According to The Sun, Manchester United are monitoring, closely, the Leeds United midfielder, Kalvin Phillips.

Phillips, 23-years-of-age, has been watched, in recent weeks, by Mike Phelan and Kieran McKenna and Manchester United would, clearly, like to add the player to the squad.

However, a possible move could have major ramifications for the Yorkshire club.

Having failed to get promotion, from the Championship, last season, the Leeds boss, Marco Bielsa, feared losing Phillips with Tottenham Hotspur having had a £27 million bid for the player rejected.

Indeed, our referenced source goes on to suggest that Bielsa remaining at Elland Road was subject to Phillips remaining and the club, as well as getting Phillips to sign a long-term contract, managed to placate Bielsa.

Would the signing of Kalvin Phillips, in your opinion, be a step in the right direction?