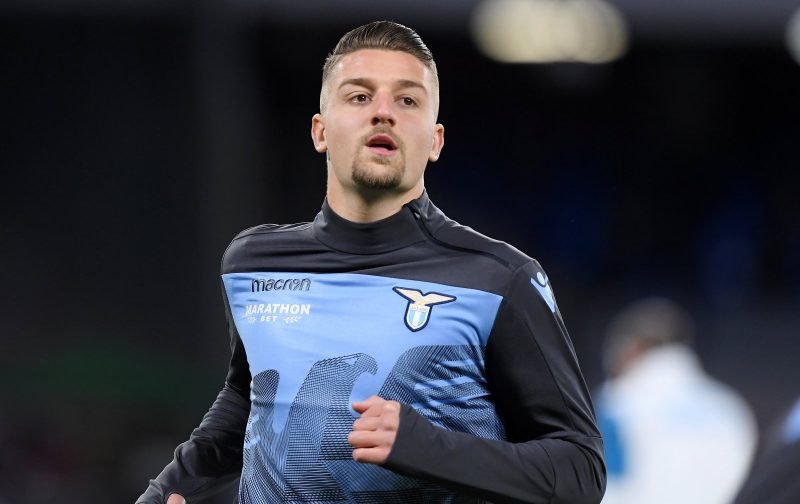 Yesterday, as the transfer speculation began to ramp up, we focussed on Manchester United’s possible capture of the Serbian international, Sergej Milikovic-Savic.

Our article, united-agree-on-a-deal-for-world-class-midfielder-but-nothing-is-set-in-concrete-yet, inferred that United were moving closer to a deal but that we shouldn’t count our chickens before they’d hatched.

Today that seems very much the case, with the inference being bandied about, as illustrated by The Daily Mail, that far from being an almost done deal, the transfer is still in its infancy.

According to our referenced source, the small matter of an offer accompanied by a transfer fee is yet to be made.

In fact, talking about the player, the Lazio president, Claudio Lotito, is quoted by our source as having remarked:

“If some offers were to be presented, we’d evaluate them with a spirit of collaboration that looks after the interests of the club and the player.

“We’ll make the decisions that are best for everyone.”

Clearly, there is a lot of ground to be covered before this deal can be classified as signed, sealed and delivered.

But, is Milinkovic-Savic the man we should be pursuing?

At 24-years-of-age he’d seem to be a decent catch but, last season, the midfielder could only manage, in 41 appearances, 7 goals and 3 assists.

But what are your views on the subject matter?

Please feel free to drop a comment, or two, in the facility beneath this article.