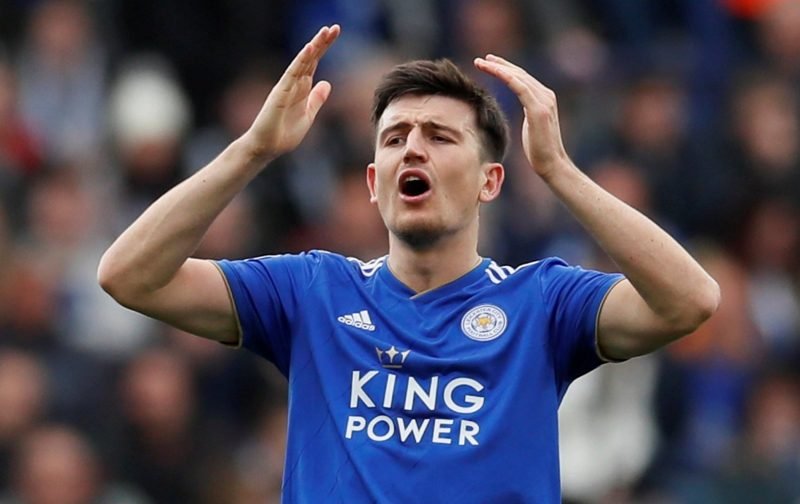 The 2019 summer transfer window is set to close in just over a week.

If pressed I’d have to admit I’ve not been overly impressed by the business Manchester United have conducted so far.

If the intent is to manoeuvre the club closer to Manchester City and Liverpool when it comes to challenging for the title, then I reckon we’re way off that target.

But, as they say, a lot can happen before the window closes.

One move that has generated numerous column inches, in the mainstream media, and a move that we’ve covered several times, with the latest offering being time-is-now-of-the-essence-for-manchester-united-when-it-comes-to-signing-that-elusive-centre-back, is the possibility of the club bringing the Leicester City centre-back, Harry Maguire, to Old Trafford.

The vibe given off by the media is that Maguire was quite content to bide his time when it came to a possible move, but it seems the possibility of the window closing with the defender remaining where he is has changed.

Yesterday, Maguire was absent from training with his club, with illness being blamed, today The Daily Mail, is reporting that Maguire is at loggerheads with Leicester and now wants the club to push through a move to Old Trafford.

However, that old chestnut, the transfer fee, according to The Daily Mirror, remains the current insurmountable obstacle.

Manchester United will not match Leicester City’s asking price of £90 million and are only prepared to offer Leicester City £70 million for the player.

The clock is certainly ticking on this one and I’m not sure what the outcome will be.

Can you see Manchester United getting this deal over the line or is it set to fall by the wayside?