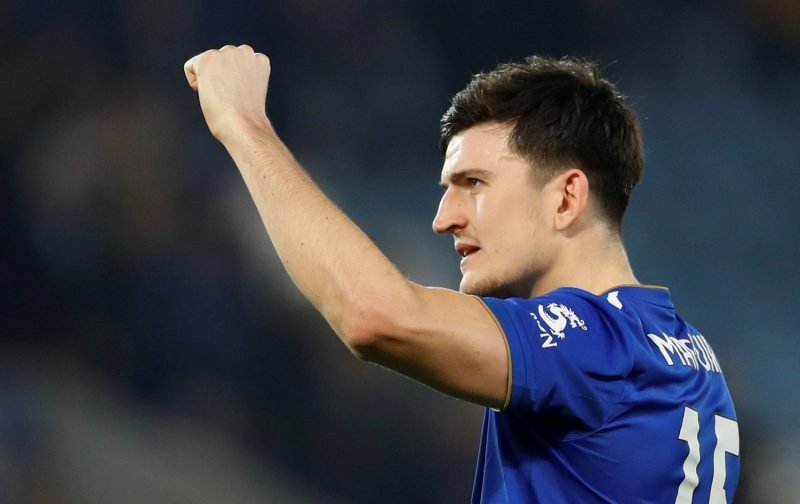 Although, as you may have gathered as a regular visitor to this site, Manchester United have been linked with a plethora of centre-backs, all of whom have been of foreign origin and mostly playing on mainland Europe.

But could the solution to our perceived weakness, at the heart of the defence, be closer to home?

According to the news vehicle, the Leicester Mercury, that could certainly be the case.

The local media source is reporting that Manchester United are interested in signing the Leicester City centre-back, Harry Maguire.

Interviewing the new Leicester City manager, Brendan Rodgers, the paper produces some quotes that appear to validate the speculation that the 26-year-old England international is a viable Manchester United target with Rodgers quoted as having remarked when asked about the possibility of losing Maguire to Manchester United or indeed any other club:

“They may well come in.

“But it doesn’t worry me.

“I think all you can worry is that you make the team the very best they can be.

“You always have to be prepared for that moment as a club. It happens. But at this moment in time, I’m thinking about the team, and making the best that we can.”

But the big question is, would Maguire bring anything extra to the centre-back position that Chris Smalling, Phil Jones, Eric Bailly or Victor Lindelof don’t already have in their lockers?

Your views, in the comment section beneath this article, would be most appreciated.