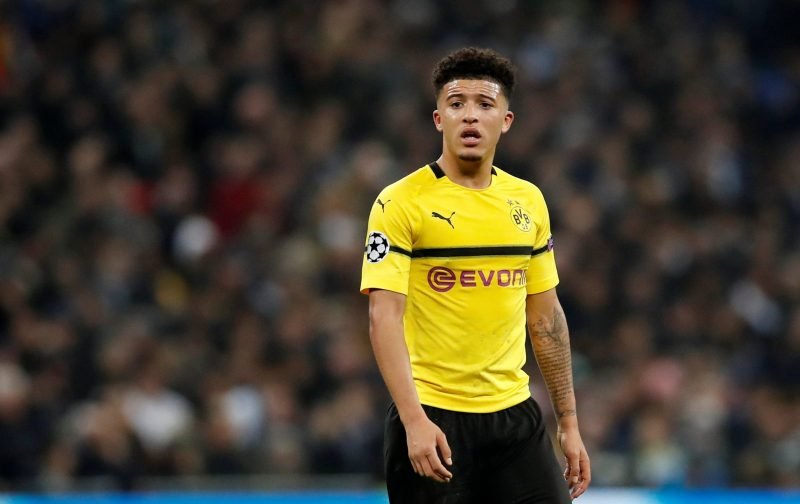 In the last couple of weeks, we’ve covered the speculation linking Manchester United with a summer move for the exciting teenage winger, Jadon Sancho.

Our article Click Here, highlighted the prospect of Manchester United going head-to-head with Paris Saint-Germain for the services of the 18-year-old who is currently wowing spectators in the Bundesliga, playing for Borussia Dortmund.

But, it seems if, as we also reported, Manchester United are to be successful in signing somebody who has been classified as our top summer transfer window target, there is also a downside.

Today, the red-top publication, the Sun, is reporting that if Borussia Dortmund sell the player then our near-neighbours, Manchester City, will also profit from the sale with the reigning Premier League title holders having negotiated a 15% sell-on clause in the deal that saw Sancho leave the Etihad for the Bundesliga.

Handing over a cheque for that amount to our noisy-neighbours kind of irks but perhaps we should take refuge in the fact that if the deal does go through and Sancho goes on to become the world-class star his talent infers he could do, every time he stars for Manchester United, Manchester City will be pondering over the huge mistake they originally made in letting the player leave the club.