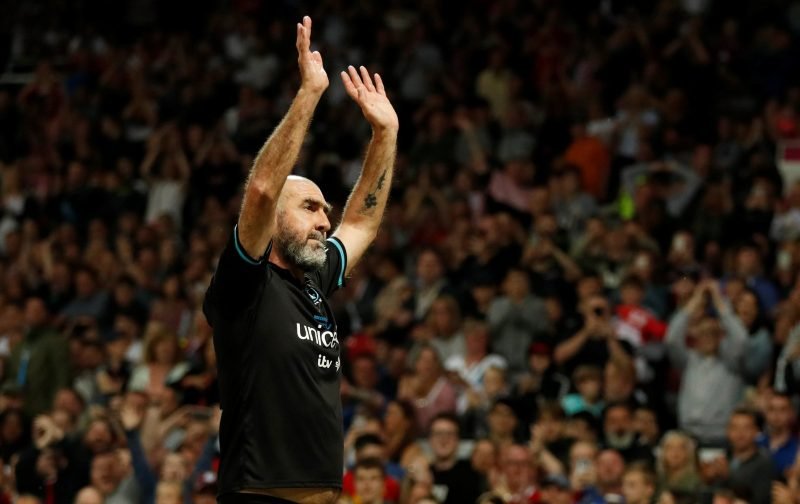 With no Premier League football to be played until at least 30-April, we’re still coming to terms with that disappointing news.

However, as dawn welcomes us for another day without football, we do have some news that could well be seen as a ray of sunshine.

The mainstream media source, The Mirror are reporting that the Old Trafford hierarchy are looking at bringing the legend that is Eric Cantona back to the club.

Cantona, now 53-years-of-age, could be set for an ambassadorial role at the club joining a role that the likes of Bryan Robson and Denis Irwin already fulfill.

Now whether Eric would be up for such a role, regularly, remains to be seen.

But, if he could just make a few appearances a season the buzz he’d generate, around the club, would be huge.

Cantona was, of course, the catalyst behind Manchester United’s first Premier League title access and his signing, orchestrated by Sir Alex Ferguson, will always be remembered as a key point in the long and illustrious history of our fine club.