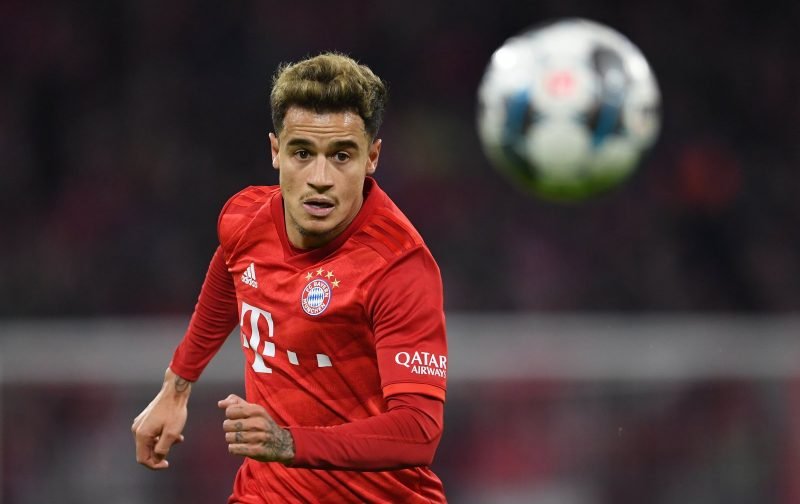 With no ‘live’ football to report on the media world has, as you’d expect, commenced a ramp up when it comes to transfer speculation.

Some of it we can instantly dismiss but the occasional piece of transfer tittle-tattle does give us something to dwell over.

One such piece has appeared this morning.

According to the Spanish news source, Mundodeportivo, Manchester United have made an enquiry to bring the Brazilian midfielder, Philippe Coutinho, to Old Trafford.

The 27-year-old, currently on the books of Barcelona, is currently on loan with the Bavarian giants, Bayern Munich.

Coutinho made his name at Liverpool and underwent a big-money move to La Liga.

But, for one reason or another, Coutinho hasn’t lived up to the expectation levels expected of him at the Nou Camp.

Now whether Manchester United are hoping that Coutinho will reproduce his best form back in the Premier League remains to be seen as does whether any proposed deal would be a loan or a permanent one.

However, Coutinho could, if the move goes through, become one of that rare breed in football, namely someone who has played for both Liverpool and Manchester United.

Can you name any other players who belong to such a group?

Please feel free to air your views on this proposed deal in the comment facility beneath this article.