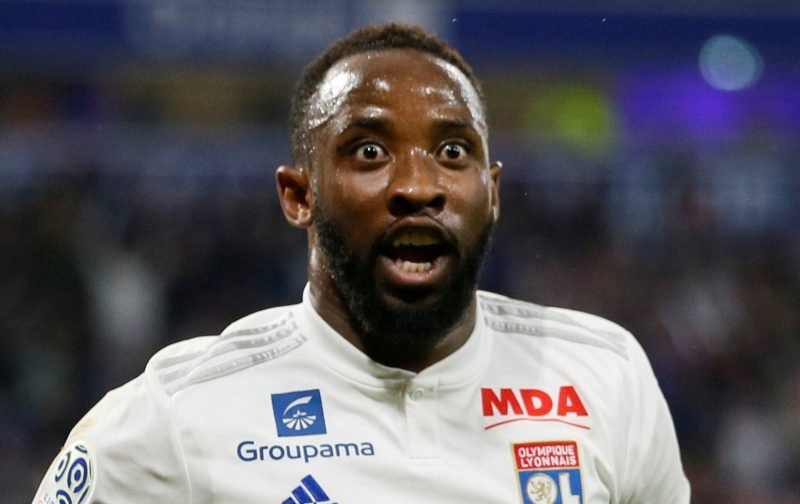 After the poorest start to a season for thirty years, the Manchester United support are already looking towards the January transfer window to see who the club might add to the squad.

The supposed huge spending spree earmarked for last summer never, for some, quite materialised, with the club exercising an element of caution.

But with our standing in the Premier League falling, surely the January transfer window must be the time to act.

Although the transfer window is still some way off, the media are already starting to champion their own wish-lists.

Today, The Daily Star is running with the suggestion that Manchester United have two targets they’d like to bring to Old Trafford in January.

One gets my full support but, unfortunately, the other doesn’t.

The one that gets my support is that of the French forward, currently on the books of Lyon, Moussa Dembele.

Dembele, just 23-years-of-age, has learned his trade in the UK playing for Fulham and Celtic, in the summer of 2018 he moved to Lyon with whom he scored 15 times in his first season in la Ligue.

The second proposed signing is somebody Manchester United were linked with in the summer, the Newcastle United midfielder, Sean Longstaff.

Longstaff, just 21-years-of-age, is currently playing in a struggling Newcastle side and hasn’t impressed me that much. Perhaps it is a case of although he has talent, he’s being hampered by playing in a poor side.

Although Longstaff, if he were to sign, might flourish in the long-term, I believe we need a signing, or two, that would make an immediate impact, that’s why, out of the duo, I’d favour Dembele.

But what is your view on the above subject matter?

Please feel free to drop your views into the opinion facility beneath this article.