Colombian Star Linked With United For A More Than Reasonable Price 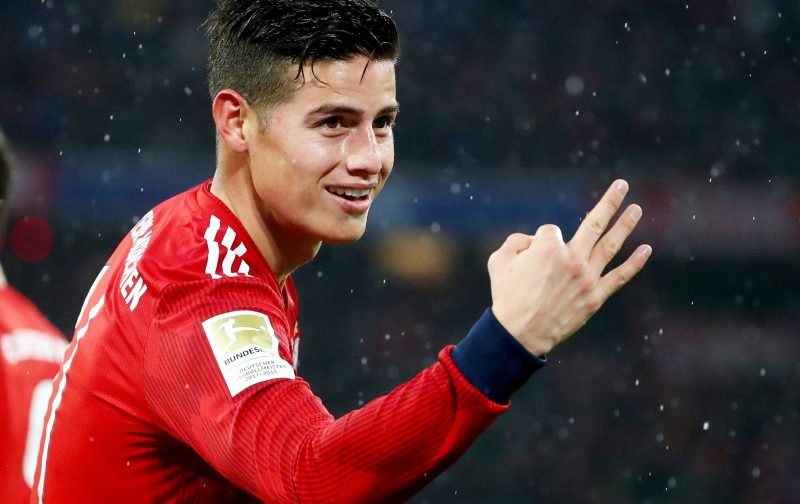 Currently on loan at Bayern Munich, the future of the Colombian international midfielder, James Rodriguez, is attracting numerous column inches.

Rodriguez, who is only on loan at the Allianz Arena and is actually on the books of Real Madrid, is expected to be sold on by the Spanish club this summer.

It is a prospect that is being championed by numerous sources which include, the Mirror and Football Espana

According to our quoted sources, Rodriguez has high hopes of joining a Premier League club with the names of Liverpool, Arsenal and Manchester United featuring prominently.

More importantly, Rodriguez has a clause in his current contract, at the Bernabeu, whereby he’s available for a more than reasonable fee of £37 million.

Sat here in the editorial chair I’d advocate a move for the player but I’m also fearful we could lose out seeing as we can’t, in the immediate future, offer the player Champions League football, something that could prove to be a major hindrance this summer as we try to bolster our squad.