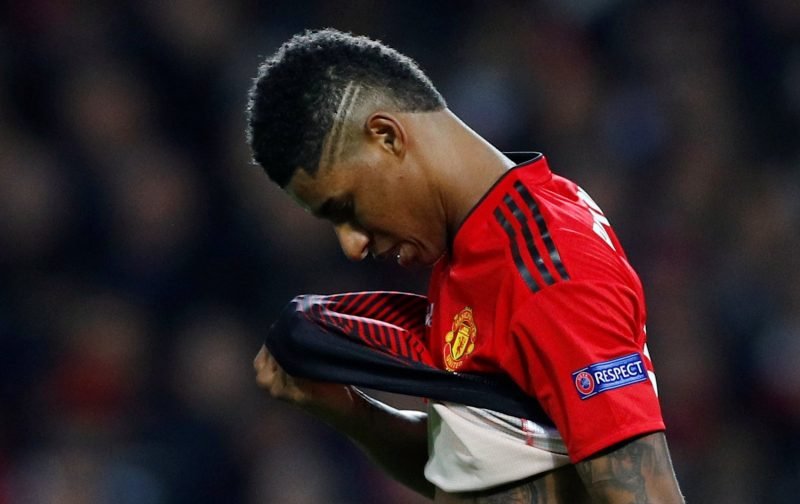 Every so often a piece of speculation comes along that almost has you doubled up in laughter.

Today is one such day!

Several news sources have picked up on the suggestion that one of our strikers, Marcus Rashford, is the centre of transfer-talk linking him with a move to the Spanish giants, Barcelona.

The Spanish news source, mundodeportivo, is reporting that Barcelona are interested in signing the 21-year-old forward knowing that his current contract expires in 2020.

That’s swiftly followed by the insinuation from the Mirror, that the Catalan giants are willing to pay in excess of £100 million for the exciting young striker, quite a fee for someone so young.

Lastly, in this round-up of all things Rashford, we come across something from the media source, ESPN, which reveals that Barcelona’s wishes to sign Rashford are driven by the fact they see him as the natural long-term replacement for Luis Suarez, but and here’s the line we’ve all been waiting for – Manchester United are not willing to do a deal.

We didn’t think they would, did you?

Rashford is the sort of deadly finisher you build your team around, not sell for what would, in a few years’ time, be seen as a pittance.