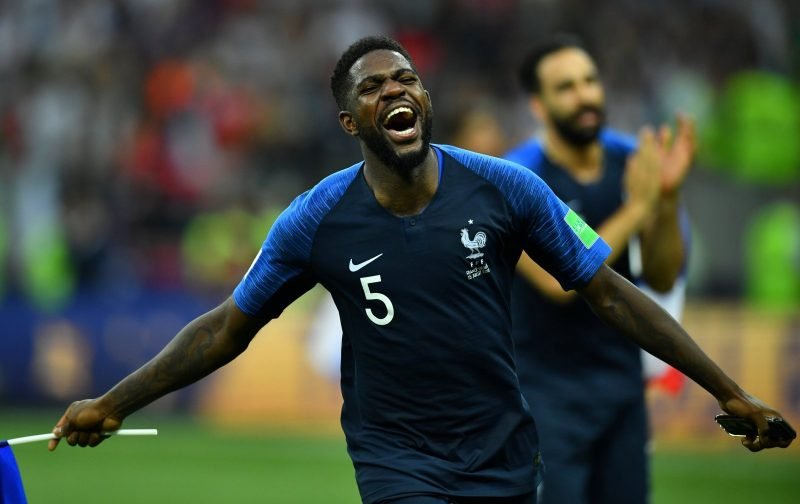 When it comes to the acquisition of a top-notch centre-back to fill that perceived void at the heart of our defence, mainstream media speculation has linked Manchester United with just about everybody.

Except for this potential candidate!

According to the news source the Daily Mail, Manchester United might not be buying Maguire, Koulibaly or any of the others we may, in our rigorous coverage, mentioned, instead, a centre-back who doesn’t really want to leave his present club, might be pushed our way.

Our quoted source is implying that although Samuel Umtiti would quite like to stay at his present club, Barcelona, his sale is being considered by the Catalan giants.

At 25-years-of-age, the French international still has the best years of his career ahead of him, Barcelona may insist on quite a hefty price but Manchester United would be getting a star of the world stage.

Speculation Suggests United’s Star Midfielder Is Off This Summer