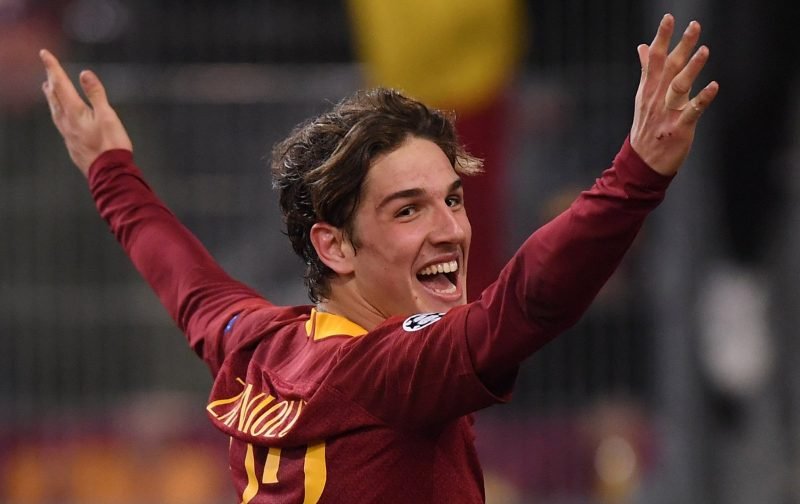 Already today we’ve covered Manchester United’s interest in two midfielders the club would if we believe the mainstream media, like to add to the playing staff.

But on a day where transfer speculation, especially when it comes to midfielders, is prolific, a third possible candidate to reinforce our depleted midfield get a mention with The Mirror, inferring that Manchester United are interested in the 20-year-old Roma midfielder Nicolo Zaniolo.

Zaniolo, who joined Roma last season from Inter Milan, has had a dream first season in Rome with his form being sufficient to earn a call up to the Italian national squad.

However, if Manchester United do have serious ambitions of signing the midfielder they will have to, according to our quoted source, have to beat Tottenham Hotspur to his signature.

As for a fee, it is, in today’s over-inflated market, said to be a very reasonable £25 million.

Now, with three names in the frame, here at Vital Manchester United, we’d be interested which of the three do you think Manchester United should prioritise when it comes to bolstering our midfield department, would you, given the chance, opt for:

Please feel free to nominate your preferred choice and drop their name into the comment facility beneath this article.