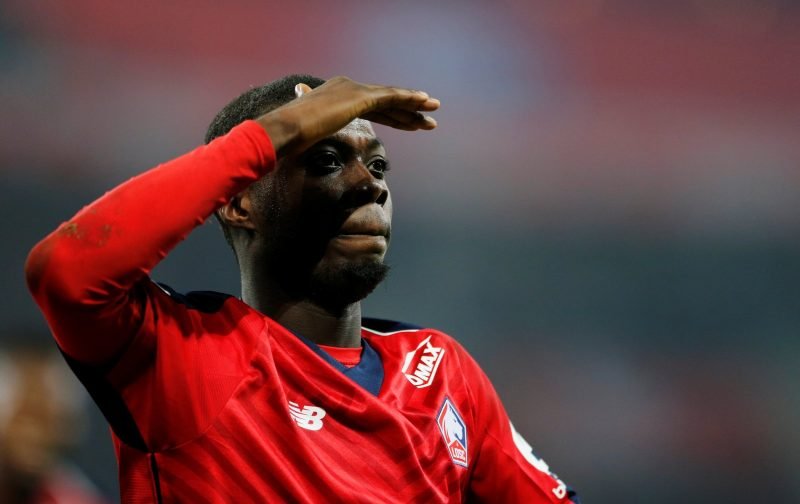 It seems an age since, here at Vital Manchester United, we covered the possibility that the club could be adding the Lille forward, Nicolas Pepe, to the squad.

In fact news has been so scarce on any proposed deal that I genuinely thought any such move had just petered out.

But, according to The Times, that is far from being the case.

Instead, our aforementioned source is quite adamant that discussions, with Lille, are at an advanced stage when it comes to recruiting the Ivory Coast player with a transfer fee of £70 million being quoted.

Furthermore, it is also being suggested by our source that Manchester United have fended off interest from the likes of Liverpool, Arsenal and Everton for the 24-year-old.

If that is the case then, here at Vital Manchester United, we’ll be delighted when the deal is officially announced by the club.

However, until then we’ll keep our emotions in check in case it is yet another false dawn when it comes to the plethora of transfer speculation our great club is continually engulfed in.