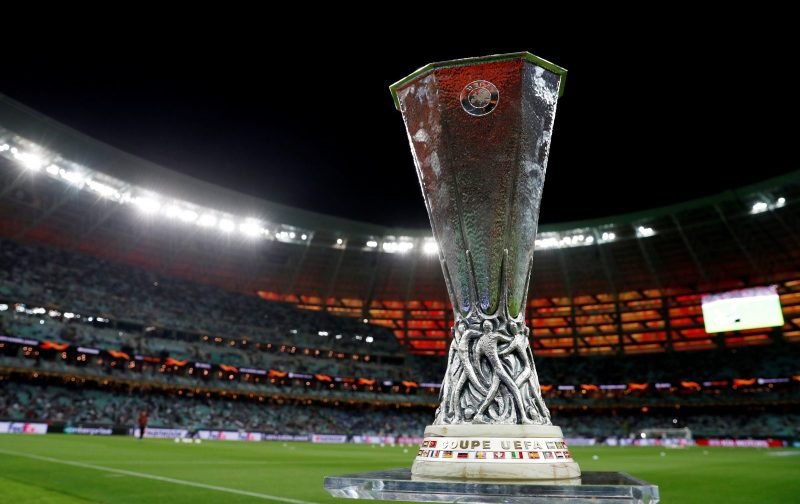 It was on this day 43 years ago, 15 September 1976, Manchester United played their first ever game in the UEFA Cup which is now known as the Europa League.

United met the Dutch giants, Ajax Amsterdam, at the time three times European Cup winners, at the Olympisch Stadion (Ajax did not move into the Amsterdam Arena until 1996). United lost the Round 1, 1st leg tie 1-0. But we won 2-0 in the return leg at Old Trafford (scorers – Lou Macari and Sammy McIlroy).

In Round 2, we faced Juventus who beat Manchester City 2-1 over two legs in Round 1. We beat the Italians 1-0 at Old Trafford in the first leg, scorer Gordon Hill, but went down 3-0 at the Stadio delle Alpi in Turin. Juventus went all the way to the final where they beat Athletic Club Bilbao 3-2 on the away goals rule (lost 2-1 away and won 1-0 at home). It was their first win in a European final having lost the 1961 Inter-Cities Fairs Cup final 1-0 to Ferencvaros (a single game played at the Stadio Olimpico, Turin) and the 1970-71 Inter-Cities Fairs Cup final to Leeds United (3-3 on aggregate but lost out on the away goals rule).

However, we would have been in the European Cup Winners’ Cup in season 1976-77 had we not lost the 1976 FA Cup Final to the hugely unfancied Southampton. The Saints beat Olympique Marseille 5-2 on aggregate in Round 1, beat Carrick Rangers 9-3 in Round 2 before losing 3-2 to RSC Anderlecht in the quarter-finals. Hamburger SV beat the Belgian side 2-0 in the 1977 Final played at the Olympisch Stadion, Amsterdam.

The United side which beat Ajax Amsterdam 2-0 was as follows:

How do you think we will do in this season’s Europa League?

As far as I am concerned, if we do not win our Group ahead of Astana, AZ Alkmaar, and Partizan Belgrade, it will be an embarrassment, a total disaster and raise even more questions will surface about the commitment of our players and Ole’s capabilities as our manager.

But even if we win or qualify from our Group, it will be a huge task for us to reach the final at Stadion Energa, Gdańsk, Poland. And, before the competition sees the third places sides from the Champions League Groups enter it, there are some quality sides already competing in it who are all potential winners including Arsenal, AS Roma, FC Porto, PSV Eindhoven, Sevilla and SS Lazio.

FC Brugge holds the record for the most consecutive appearances in the UEFA Cup/UEFA Europa League with 20 (1996-97 to 2015-16). They lost their opening game of the 2016-17 UEFA Champions League, a 3-0 home defeat to Leicester City who was making their debut in the competition.