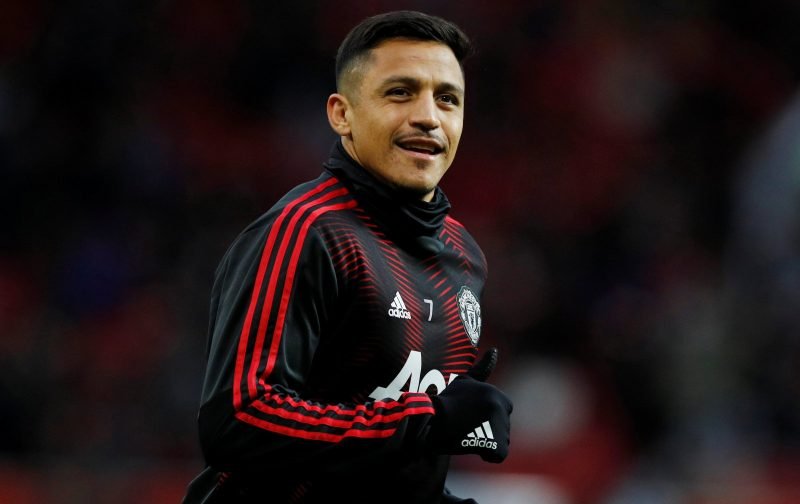 Based on his performances since his arrival from Arsenal, in the January transfer window back in 2018, here at Vital Manchester United, we’re fully expecting Alexis Sanchez to head for the exit door this summer.

On an extravagant salary, the 30-year-old Chilean international forward, has failed to reproduce the form he showed, with Arsenal, that convinced United he was worth such a huge salary.

However, moving the striker out of the club is proving to be difficult.

In fact, the scenario developing and as described by the tabloid publication, the Mirror, could see Manchester United stuck with an added expense next season.

Our referenced source is suggesting that United, who are looking to off-load the striker to the Serie A club, Inter Milan, could be forced to settle for a loan deal.

Such a deal would see United lumbered with paying £12 million to Sanchez, in wages, to move him on.

If so, it’s a staggering legacy of a new that looked golden but has proven to be far from it in hindsight.