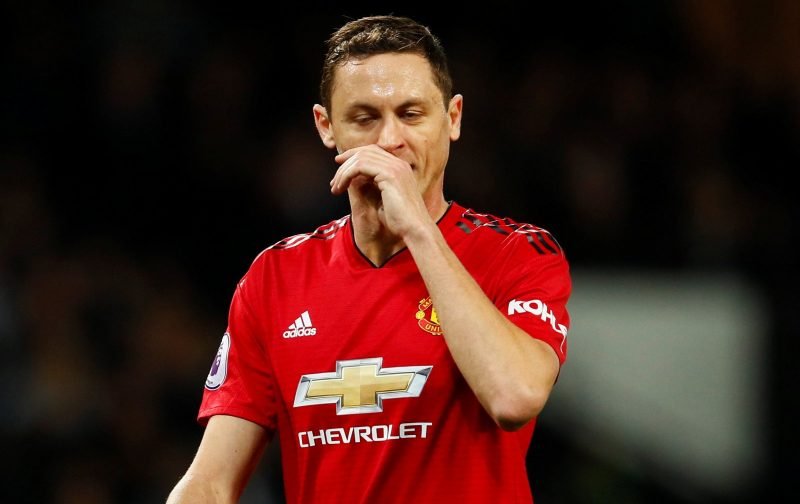 Regular visitors to Vital Manchester United may be aware that there has been increasing speculation that our Serbian midfielder, Nemanja Matic, will be staying with the club.

Today (Tuesday) news has broken, as confirmed by The BBC that the Old Trafford hierarchy have taken the first step to ensure the 31-year-old isn’t able to leave Old Trafford, on a free transfer, when his current deal expires in the summer.

Our referenced source has confirmed that Manchester United have, as we expected they might, triggered a clause in that current contract to extend it by a year.

However, such is the clubs’ determination to keep hold of Matic, our referenced source is championing the suggestion that the club are in discussions with Nemanja to extend that one-year by adding another year to his deal.

Matic signed for Manchester United, back in 2017, in a £40 million deal. Earlier this season the Serbian found it difficult to secure a place in the team, but his recent performances have seen the club express their desire to retain his services.

Here at Vital Manchester United, we’re hoping that Matic can continue in the recent rich vein of form he’s currently in and goes on to prove that he is deserving of the new year deal and can hold a place down in the starting eleven in the face of stiff opposition from the remainder of the club.

But what are your feelings on the deal?

Does it get your approval?

Feel free to exercise your right to free speech by expressing your view in the comment facility beneath this article.