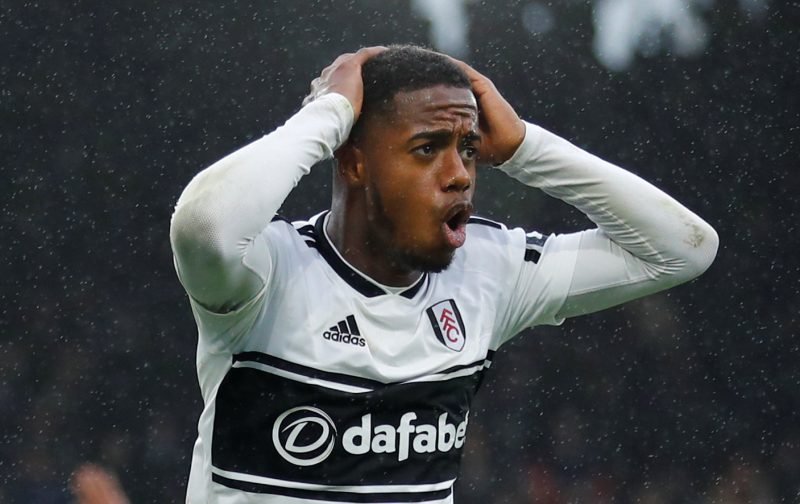 Football can be a harsh game.

When it comes to a side being relegated from the Premier League to the Championship, it’s no secret that other Premier League sides look to asset-strip their squad.

This May, it looks extremely likely that Fulham, after just one season in the Premier League, will make a quick return to the Championship.

Among their squad is a certain Ryan Sessegnon.

During Fulham’s promotion season, the 18-year-old was touted as, perhaps, being a surprise choice for inclusion in Gareth Southgate’s World Cup squad.

As it turned out, the teenage winger-cum-defender didn’t quite make it.

Last season, any club linked with a possible move for somebody who has the potential to be a star of the future, were put off by the mention of a £100 million transfer fee.

Just twelve months later though, that has changed.

The fact that Ryan has had a poor season, with his side struggling, allied with the fact he hasn’t agreed a new contract, yet, with the West London club, has seen the apparent price, according to the red-top publication, the
Mirror, to a more realistic £50 million with Tottenham Hotspur set to test the water.

If that is the case, are you of the opinion that Manchester United should grasp the proverbial bull by the horns and make Fulham a concrete offer?