I Will Love It If We Beat Them. Love It 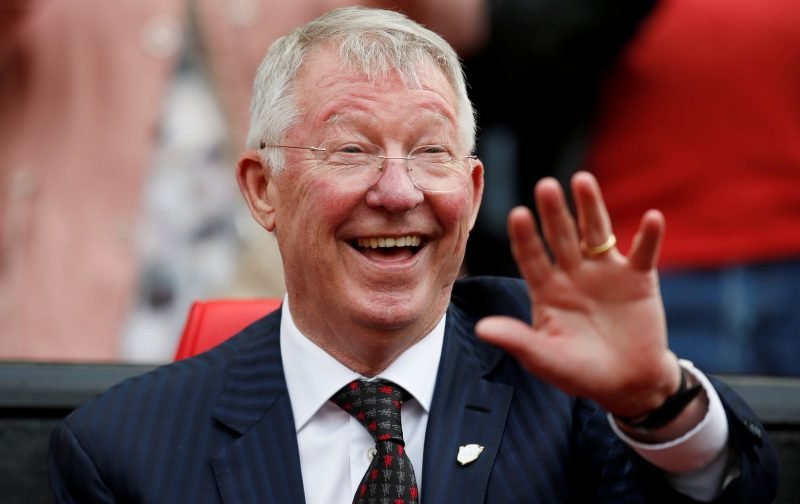 United beat their Yorkshire rivals 6-0 at Old Trafford in the English First Division with goals from Warren Bradley (2), Bobby Charlton (2), Albert Scanlon & Denis Law. On this occasion, the fixture dubbed “The War of The Roses” was more like a massacre this day as the Leeds United players were sent back across The Pennines firmly put in their place. At the end of the season, United finished 7th (Burnley were League Champions) whilst Leeds United finished second from bottom of the table and were relegated to the Second Division.

I found it really odd that as a Manchester United supporter I was in the minority in my class when I started Secondary School in September 1974. Glasgow Celtic were the most supported side, but in my class I had fans of Everton, Leeds United, Derby County and those kids who had gone to the dark side long before George Lucas had even conceived the idea for “Star Wars,” the Liverpool fans. It was as if Manchester United fans were lepers or else those kids in my class who said they didn’t really support any team were actually United men but were just too embarrassed to admit to supporting a Second Division side. I had no such problem, and my schoolbag and my pin badges were evidence that I was a Red and proud of it!

I have been to a few United v Leeds games but one encounter in particular stands out for me.

On 17 April 1996, United beat Leeds United 1-0 at Old Trafford in a tense Premier League game which saw the visitors’ captain, Lucas Radebe, go in nets when their goalkeeper was sent off and he kept United out until our own captain, Keano, scored the winner in the 72nd minute. That same night our closest rivals in the race to be crowned Champions, Newcastle United, beat Southampton 1-0 at home. An explosive start to the 1995-96 season for Kevin Keegan’s Newcastle United side made them the team to beat in the race for the Premiership title.

They were unbeaten in the Premier League until 9 December 1995 and stormed to the top of the Premier League table. At Christmas they enjoyed a 10-points lead over United who were in second place and by January 1996 they had stretched their lead to 12 points. On 4 March 1996, United travelled to St James’ Park trailing Keegan’s team by 4 points. In what turned out to be a pulsating game of football, United claimed a dramatic 1-0 win with a goal on the half-volley from Eric Cantona after 52 minutes whilst Peter Schmeichel was in unbeatable form keeping Messrs Shearer, Ferdinand, Beardsley, Ginola et al at bay. After the game Keegan said:

“First half we were superb, and if you have you ever seen a team get hammered 0-0 at half-time, that was it.”

But the tide in the race for the title had turned in United’s favour with this victory.

The 1-0 win against Leeds United kept us at the top of the table and Fergie wasted no time in ratcheting up the pressure on the beleaguered Toon boss straight after the game saying that he did not think that Leeds United would try as hard against Keegan’s side as they did against us as Keegan’s men had to face the Yorkshire club in their next game on 29 April 1996. Keegan’s side won the game 1-0 at Elland Road which reduced our lead at the top of the Premier League to three points with Newcastle United having a game in hand and two to play.

Newcastle United were due at the City Ground three days later to play Nottingham Forest who United had beaten 5-0 at Old Trafford just 24 hours earlier. Keegan’s team were also providing the opposition for Nottingham Forest’s Stuart Pearce’s Testimonial on 10 May 1996. In his post-match interview Keegan took Fergie’s bait and visibly cracked before the Sky Sports cameras. For every Manchester United fan who witnessed it, Kevin Keegan “cracking-up” live on SKY Sports that night will never be forgotten.

“When you do that with footballers like he said about Leeds and when you do things like that about a man like Stuart Pearce. I’ve kept really quiet but I’ll tell you something, he went down in my estimations when he said that. We have not resorted to that. You can tell him now, we’re still fighting for this title and he’s got to go to Middlesbrough and get something and I’ll tell you, honestly, I will love it if we beat them. Love it. It really has got to me. I’ve voiced it live, not in front of the press or anywhere. I’m not even going to the press conference but the battle is still on and Man United have not won this yet.”

As far as I am concerned, that was the moment Newcastle United blew any chance they had of winning the Premier League. Keegan’s outburst must have heaped so much pressure on his players because they drew 1-1 away to Nottingham Forest and in their final game of the season, they drew 1-1 at home with Tottenham Hotspur.

We beat Middlesbrough 3-0, and I was there at the Riverside Stadium to see us lift our fourth Premiership crown. We had not only reigned in the runaway leaders to win the title by four points but six days later we beat Liverpool 1-0 in the FA Cup final to claim our second Double.

I can still recall watching “Match of the Day” that evening and was it just me, or did anyone else see some ground staff at Newcastle United carry boards down the tunnel at St James’ Park which read “PREMIER LEAGUE CHAMPIONS 1995-96,” not long after Ryan Giggs scored our third goal against Middlesbrough in the 81st minute of the game?

I loved it, I really loved it