A Rumoured Deal For A Midfielder Looks Highly Unlikely 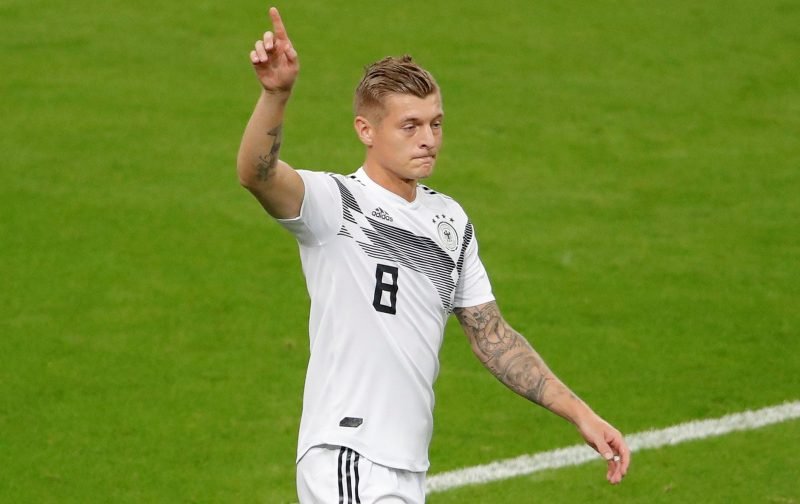 A familiar name has, once again, cropped up when it comes to transfer speculation linking a player to a move to Old Trafford.

Back in 2013, Manchester United believed that a deal to bring the German international midfielder, Toni Kroos, to the club was all but done.

However, the move to sign the Bayern Munich player never got completed and in 2014 Kroos opted to join the Spanish giants, Real Madrid.

Today, lurking in the pages of a tabloid publication, the Sun, is the inference that Manchester United could now sign the player, from Real Madrid, for £50 million.

Now whether the Manchester United hierarchy are interested in the player remains to be seen but with Kroos now 29-years-of-age, we suspect his age will be a critical factor in making a decision.

To put it bluntly, we’d be very surprised, nay amazed, if this deal was concluded this summer.