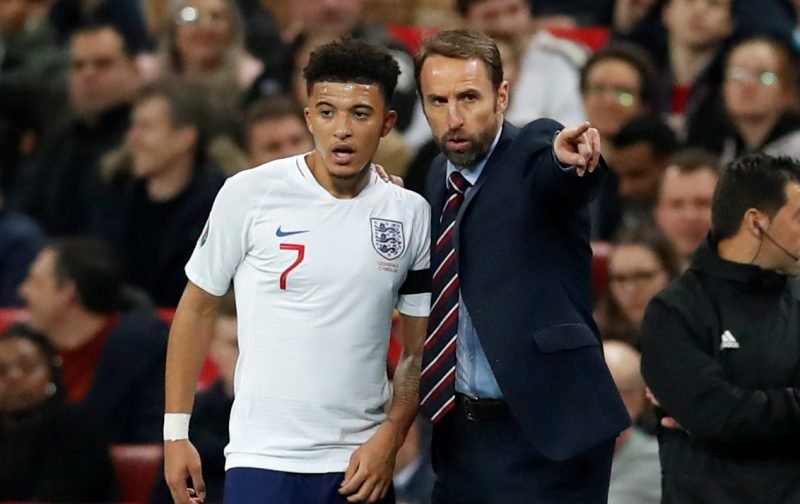 If, as the media would have us believe, Manchester United’s intentions relating to the acquisition of Jadon Sancho this summer, are true then there could be quite a battle for his services.

Last night, at Wembley, the 18-year-old forward once again graced the international stage as England thrashed a poor Czech Republic side, 5-0.

But, whilst Manchester United’s interest in the Borussia Dortmund forward is well documented, it appears, according to the red-top publication, the Sun, Manchester United face serious opposition for his signature with the French outfit, Paris Saint-Germain, linked with the player.

According to our referenced source, both clubs are set to tempt Borussia Dortmund into agreeing to a sale by offering a fee of £70 million for the exciting young player.

In our opinion, here at Vital Manchester United, we believe that both clubs are just testing the water and although Sancho is still a teenager, the Bundesliga outfit knows that they can push the price a lot higher than the £70 million mentioned.

Indeed, if both clubs are serious about landing the player, we reckon the price could as high as £90 – £100 million.

It could be an interesting summer!