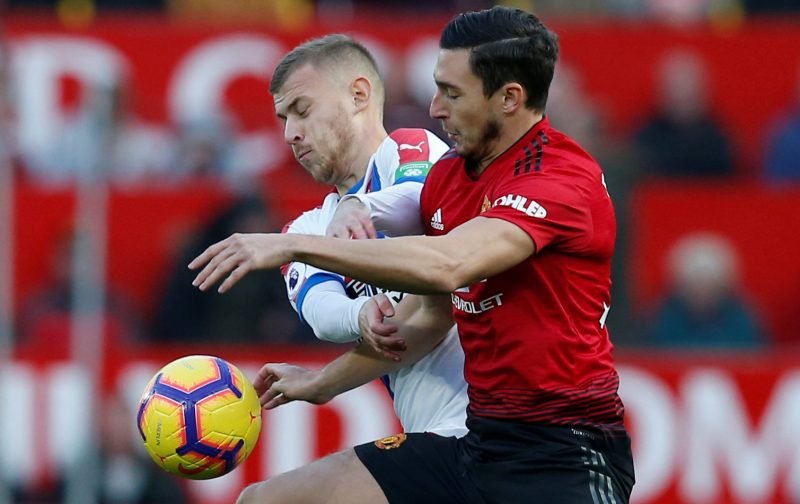 Yesterday (Monday) the transfer window, across Europe, finally slammed shut with Manchester United bidding farewell to a servant who perhaps feels he was eased out during the last 12 months.

Back in July 2015, Louis van Gaal brought the Italian international, Matteo Darmian to the club paying the Serie A club, Torino, a fee said to be in the region of £12.75 million.

Just over four years later, Darmian, now 29-years-of-age, has returned to Serie A signing a four-year deal with Parma as confirmed by The BBC.

During his Old Trafford career Darmian only made 92 appearances with, showing an indication of just how much he’d fallen out of favour, only 7 coming last season with 0 this season.

Clearly not a part of Ole Gunnar Solksjaer’s plans, the move to Parma suits Darmian just fine and here at Vital Manchester United we’d like to thank the defender for his commitment during his spell at Old Trafford and wish him well on his next footballing journey.

But, do you concur it was the correct move for the player or would you, if given the choice, had kept him in the squad?