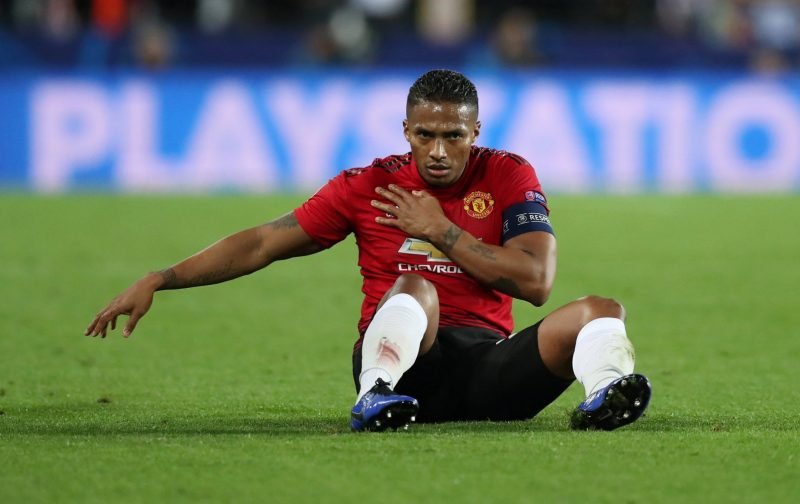 Back in the days when the January transfer window was open, here at Vital Manchester United, we expected Antonio Valencia to leave Old Trafford.

After being a fine servant, since joining Manchester United from Wigan Athletic, the 33-year-old has been conspicuous by his absence in recent months.

However, we’re surmising that the right opportunity never presented itself to the Ecuadorian international.

But, come the summer, we’d be hugely surprised if Valencia didn’t leave the club.

The news source, the Metro, are reporting that several clubs are interested in acquiring the player and also that his father has dropped the biggest hint yet that his son won’t be staying in Manchester.

However, one club mentioned as a possible destination may, considering Valencia’s age, surprise a few people.

According to our source, our Premier League rivals and fellow top-six side, Arsenal, are said to be interested in the player.

If that is the case, then I can’t help feeling that the Emirates Stadium could be the perfect career swansong for a loyal servant.

Solksjaer Set To Orchestrate A Summer Clear-Out At United But Who’ll Be Leaving?