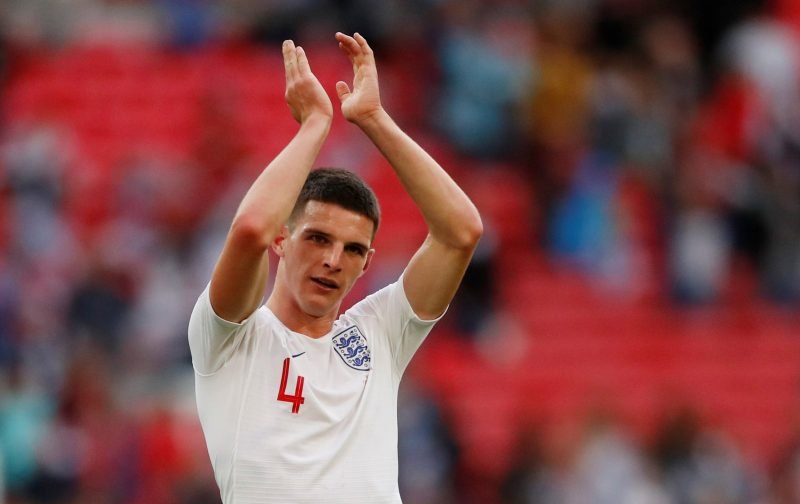 Back in the summer, when the summer transfer window was still open, transfer speculation implied that Manchester United were interested in the West Ham United midfielder, Declan Rice.

One article we ran united-ready-to-break-club-transfer-record-to-pair-this-target-with-paul-pogba , hinted that United were looking to pair Rice with Paul Pogba at the heart of the Old Trafford midfield.

However, that wish looks set to be scuppered, possibly on two fronts.

Firstly, there is still the ongoing fear that Pogba may not be at Old Trafford on a long-term basis and secondly, because, according to The Express, West Ham United are so keen to hang onto the 20-year-old they’ve put a massive price-tag of £100 million on the England internationals head.

Now, in an age where transfer fees are forever climbing, that may not be enough to ensure Rice remains a Hammer, but my own personal view is that for that amount of money United may be better served looking elsewhere, James Maddison (Leicester City) anyone?