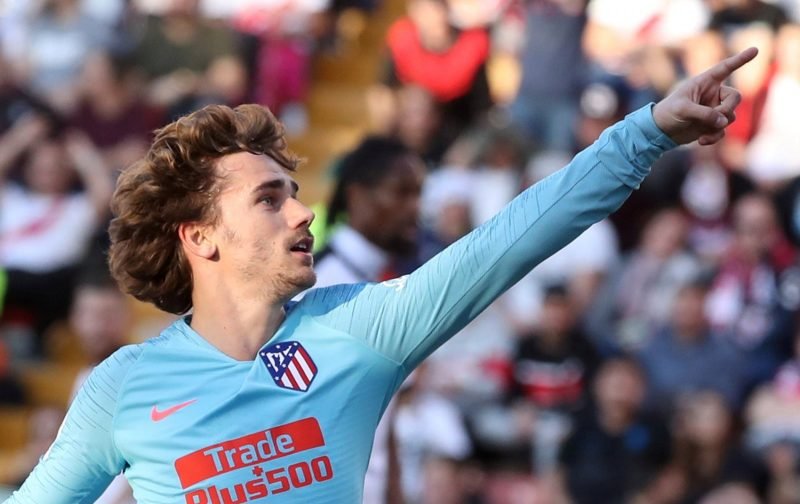 It’s a rumour you may have come across, on this site, previously, last summer to be precise.

But it’s a rumour that is once again gathering momentum, the suggestion that Manchester United are serious contenders to sign the French striker, Antoine Griezmann.

Yesterday, the local media source, the Manchester Evening News, led with the inference that Manchester United are the favourites to lure the 27-year-old World Cup winner away from Atletico Madrid, this summer.

Today, the national media source, the red-top publication, the Mirror, adds further weight to the speculation by implying that one of Manchester United’s leading rivals for Griezmann’s signature, Barcelona, have cooled their interest in the striker.

Here at Vital Manchester United, we’d jump at the chance to see the striker in our famous red-shirt, however, we’ve our doubts as to how solid the foundations are when it comes to this rumour.

With Rashford, Lukaku and Martial all in the squad is there room for a fourth striker?

Please feel free to add your opinion to the above subject matter in the comment facility beneath this article.