I’m not sure what our chances are of bringing this supposed target to Old Trafford or whether the speculation has any solid foundations, perhaps I’ll leave you to decide.

However, as the editor of Vital Manchester United, I’m duty-bound to cover such transfer tittle-tattle.

The local media source, The Manchester Evening News is reporting that Manchester United could be in direct competition with our near-neighbours, Manchester City, for the services of the Croatian midfielder, Dani Olmo.

The 21-year-old is currently on the books of Dinamo Zagreb but spent the formative years of his career with Barcelona.

The midfielder has proven his credentials this season by notching 8 goals in just 22 games in all competitions, a decent goal per game record for a player in his position.

But if it really is a direct competition between us and City, is it a competition we can win considering that, on the surface, our neighbours have so much more, at the moment, to offer?

My view is that whoever conducts the negotiations will have to pull out all the stops to get this potential deal over the line. 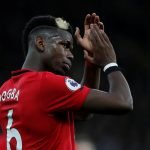 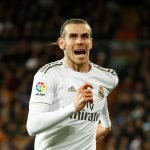