United Transfer Target Could Be Available This Summer 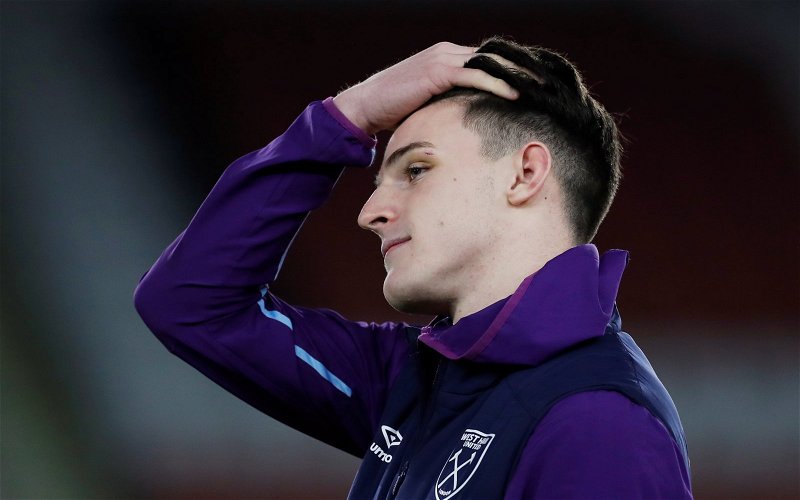 I’m not sure just what kind of time-frame Manchester United are operating to when it comes to building a side that could, eventually, challenge Liverpool for the Premier League title.

But it’s fair to say the longer the plan the bigger chance of the gap never being closed exists.

This summer, here at Vital Manchester United, we’re optimistic that the Old Trafford hierarchy will spend big to ensure the club has a fighting chance of challenging for the title next season.

One purchase who could go a long way to closing that gap would be Declan Rice.

The 21-year-old West Ham United midfielder would be the perfect fit when it comes to sitting in front of the back-four but also providing that little bit of menace to drive the side forward.

However, the chances of wrestling Rice from the vice-like grip of the Hammers has been considered to be slim.

Is it so wrong to hope another clubs’ misfortune could benefit us enormously?

Please feel free to offer your viewpoint on the above subject matter in the comment facility beneath this article.