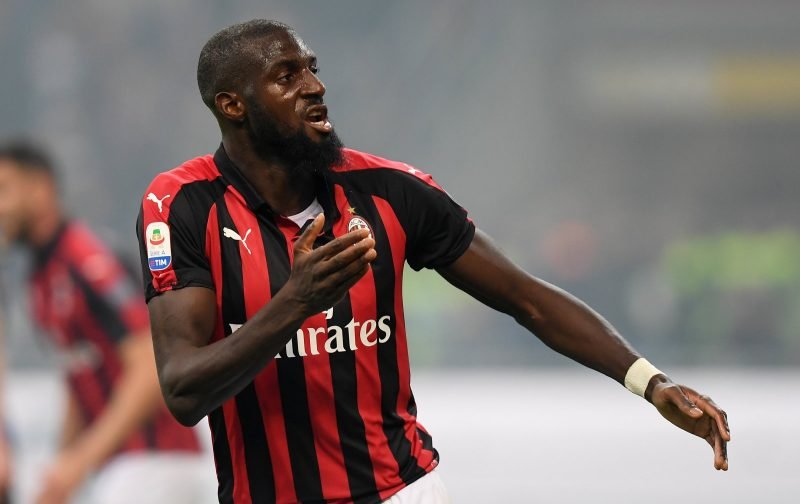 In the current climate, whereby transfer speculation is rife relating to players that the club is, reportedly, being linked with, it is hard to keep on top of the situation.

Therefore, if amongst the plethora of article that appear on Vital Manchester United there is a rumour I’ve missed, please accept my apologies.

However, flicking through the media material available to us, we’ve stumbled upon a new name in the frame when it comes to a revamped midfield at Old Trafford.

Lurking in the pages of the continental news source, rmcsport, is the inference that Manchester United are interested in the French international midfielder, Tiemoue Bakayoko.

The 24-year-old is, currently, on the books of our Premier League rivals, Chelsea.

Last season, after a period whereby his effectiveness at Stamford Bridge was questioned, Bakayoko spent a season on loan in Serie A with AC Milan where the powerful midfielder rebuilt his reputation.

However, according to our quoted source, Manchester United are not alone in showing interest in the Frenchman with Arsenal and Paris Saint-Germain also looking to acquire the player.

But one big question remains, with his cub, Chelsea, operating under a two-window transfer ban would the West London outfit be prepared to further deplete their squad and do a deal?

It’s a question that only a few know the answer to.

Furthermore, is Bakayoko the kind of payer you’d welcome a heavy investment in?

Please feel free to leave your thought on the above subject matter in the comment facility beneath this article.