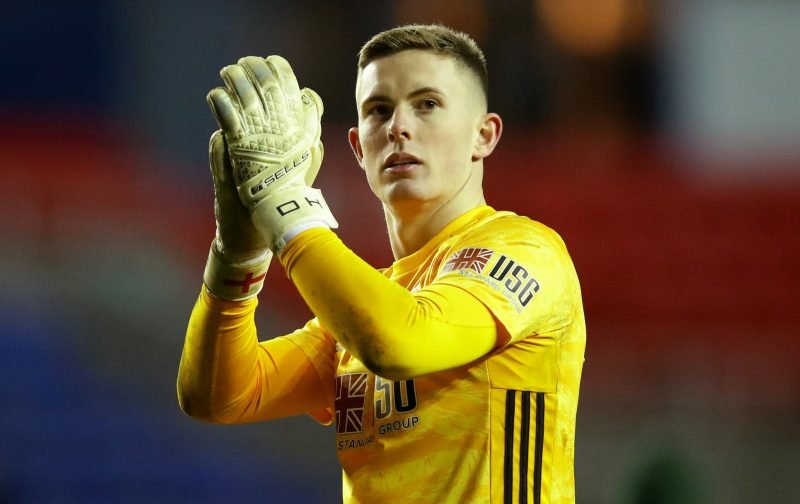 Manchester United are, so it would seem, faced with a strange predicament.

We’re blessed to have between the sticks, David de Gea, undoubtedly, one of the best goalkeepers in the world, on his day.

Meanwhile, across the Pennines, there is a certain Dean Henderson who is performing admirably between the posts for Sheffield United and could like de Gea, be part of the international squads that assemble for the Euro 2020 tournament scheduled for the summer.

Henderson is, of course, a Manchester United player but one who is currently on loan.

But Henderson’s fine form is also attracting interest from other clubs, with The Sun inferring that Chelsea are interested in acquiring his talents permanently, come the summer.

To counteract any interest from the West London club, our referenced source indicates that Manchester United are set to offer 23-year-old Henderson a new contract said to be worth £100,000 a week, for him to commit his future to Old Trafford.

But, if that is the case, you’d have to ask just how long Henderson would be prepared with the current situation whereby he’s highly rated at Old Trafford but unable to get any first-team action whilst de Gea is at the club.

Indeed, such is the conundrum we could, this summer, see a Manchester United goalkeeper establish himself as England’s #1 but someone who isn’t number 1 at his parent club!

As the legend that is Jimmy Greaves often remarked: