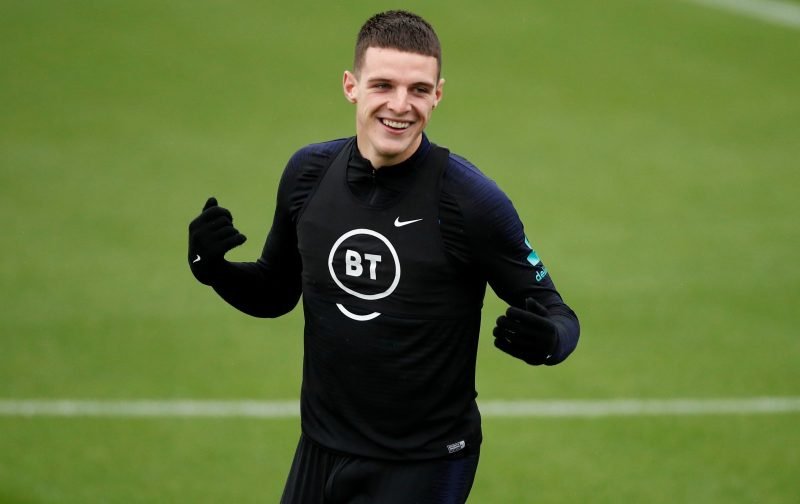 Just four games into the season and it is fair to say that Manchester United’s start to the season hasn’t matched our expectations.

The club are currently sitting in 8th place with 5 points from 4 games and are already 7 points behind the leaders, Liverpool.

To be brutally honest, the burst of summer transfer activity was under-whelming with the quantity of players brought in not matching the quantity needed.

In fact, I could claim that the squad is a little threadbare when you consider the numbers moved on exceed the numbers brought in.

However, there could be some light at the end of the tunnel, with The Express, reporting that Ole Gunnar Solksjaer is looking to continue his policy of bringing in the best young British talent out there.

Our referenced source is reporting that Manchester United are looking to sign the 20-year-old West Ham United midfielder, Declan Rice.

Rice has sprung to prominence over the past 18 months and s now a regular in Gareth Southgate’s England squad.

Our initial thoughts are that West Ham United would be very reluctant to lose their asset but, then again, when a fee of £90 million is being bandied about you just never know.

But can you see this deal being pushed through?