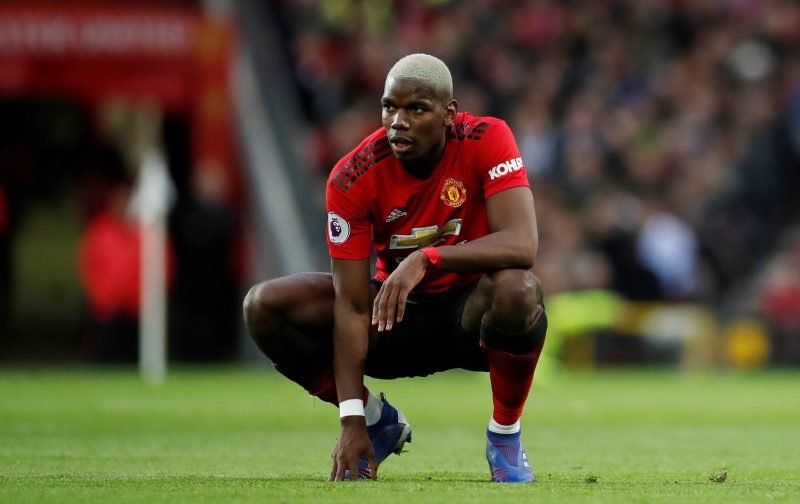 Any chance of Paul Pogba deciding, for a second time, that his career at Old Trafford is set to come to an end, appear to be rapidly diminishing.

Earlier this season, when Jose Mourinho was in charge, it looked almost nailed-on that our record-signing would be bidding farewell.

But as we’ve come to acknowledge in this wonderful sport of ours, things can change very quickly.

The tabloid publication, the Sun, is reporting that, since Ole Gunnar Solksjaer was given the opportunity to shine as our caretaker manager, Paul Pogba has been so impressed by the change in the atmosphere at Old Trafford, as well as the direction in which the team is heading, that he’s prepared, after talks with the Norwegian, to backtrack on his decision to leave Old Trafford.

On the evidence of the displays, the 25-year-old midfielder has provided, sine Solksjaer has taken over, it is something that will, no doubt, please the Old Trafford support.

The midfielder provides a powerful and menacing presence in midfield and with his ability to get on the score-sheet, is quite capable of dominating games.

Although there will, quite naturally, be speculation as to whom Solksjaer would like to add to the squad, perhaps the best piece of news in the last few months has been Pogba’s decision to remain a red.