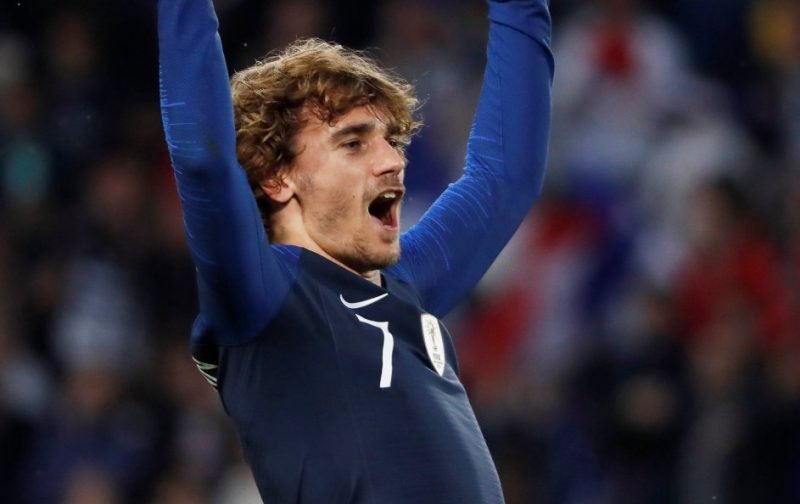 After declaring to the media that he is set to sever his ties with Atletico Madrid this summer and move to another club, the speculation surrounding Antoine Griezmann has just got very interesting.

The 28-year-old French World Cup winner, according to the Sport, is wanted by Barcelona and the Atletico Madrid chief executive, Miguel Gil Marin, is set to move to Barcelona.

Another source, the Sun, is this morning, championing the inference that Manchester United are set to make a last-ditch bid to persuade the striker that Old Trafford would be a better option than the Camp Nou.

Griezmann won’t come cheap with the transfer talk rating him in the £95 million bracket.

But do United really stand a chance of pulling off what would be a remarkable deal?

The fact that Manchester United are not in the Champions League next season and are approaching what can only, kindly, be described as a rebuilding stage, gives Barcelona the obvious advantage.

Griezmann’s presence in the United starting eleven would be immense but, sadly, it is only something we can dream of, unless, of course, you know differently.