United Looking Towards Ajax For A Midfield Signing 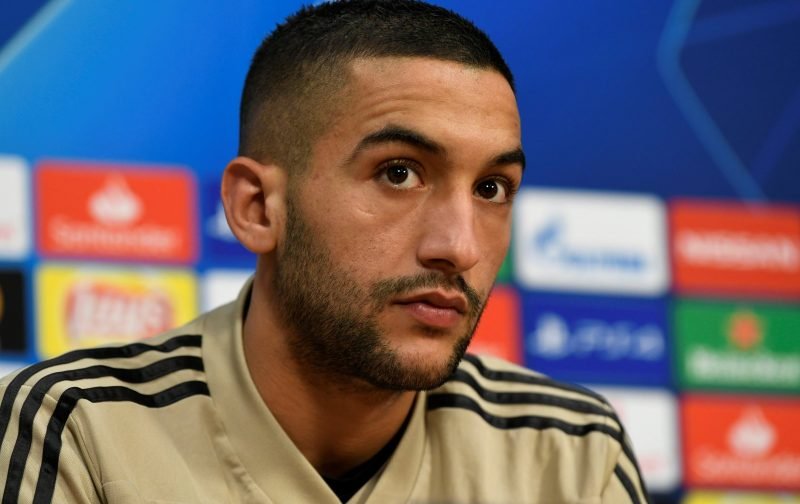 With Manchester United’s own hopes of winning the Champions League destroyed by an emphatic Barcelona performance, our interest in the competition ended.

However, as a football fan I’ll readily admit that if pressed the one team I’d like to emerge victorious from the last four clubs involved – Liverpool, Tottenham Hotspur, Barcelona and Ajax, is the latter.

The Dutch side have battled their way past both Real Madrid and Juventus by playing attractive football with a side packed with youth.

But, having gone so far in the competition the club knows that its star players will become the subject of bids by the so-called, bigger clubs in Europe.

One such player is their 26-year-old midfielder Hakim Zivech.

According to the red-top publication, the Mirror, the player is available for just £25 million, a bargain fee considering his talent.

Therefore, it comes as no surprise to read that four of the top clubs in the Premier League, Arsenal, Liverpool, Manchester City and Manchester United, are interested in signing the player.

With Ole Gunnar Solksjaer having a huge sum of money to spend this summer as he seeks to reshape the club, splashing £25 million on Zivech could be seen as good business.

Here at Vital Manchester United, we’ll monitor the situation and report back as deemed necessary.