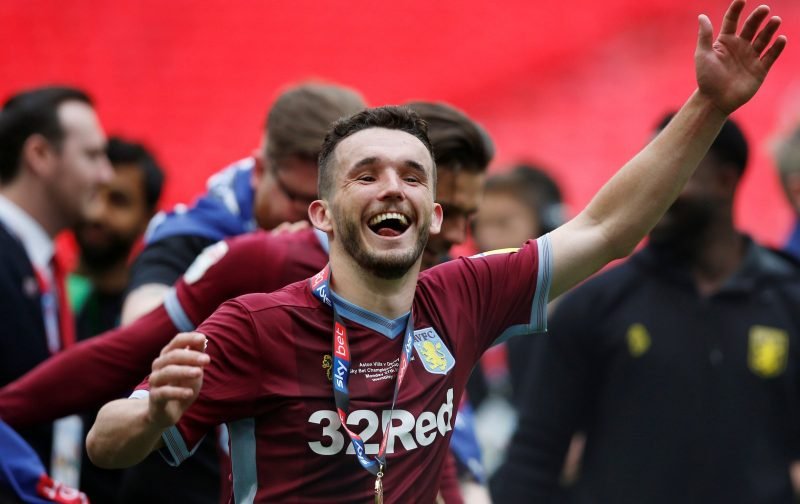 But he’ll not come cheap.

Recently, with Aaron Wan-Bissaka being the latest addition to the club, in an article and-wan-bissaka-makes-it-two-but-im-not-sure-were-going-down-the-right-transfer-route, I asked the question of whether signing young British talent was the correct route to take as the club looks to regain its status as one of the best in Europe.

I felt that the club, although to be admired on its transfer policy, could do with the influx of one, or two, big names, players of world-class stature.

However, glimpsing through the raft of transfer speculation that engulfs our club on a daily basis, something interesting certainly caught my eye.

According to The Sun, Manchester United are keen to acquire the services of the Aston Villa midfielder, John McGinn.

Whilst Jack Grealish may have got the plaudits for his natural talent influencing the result of games, it was the industrial work of McGinn that, in my opinion, played a bigger role in the clubs return to the top-flight.

McGinn is the type of player every club needs; an aggressive, but fair ball winner, a player that can introduce that momentum needed to drive the side on and a player that his team-mates admire.

In fact, McGinn, if United can secure his signature, could go on to be our new Bryan Robson.

But if a deal is to be done then United will need to dig deep with it being suggested by our aforementioned source that Aston Villa would want £50 million for the player.

Is it a gamble worth taking?

I certainly think so, but how about you?