With the January transfer window now open, speculation relating to who Manchester United may be looking to buy is starting to ramp up.

Today, The Independent leads with the suggestion that United are looking to bring two top-class Premier League midfielders to Old Trafford.

The first of these is 23-year-old James Maddison, a player who we’ve covered previously and a player who you, as reported in the following article: uniteds-quest-to-sign-international-midfielder-not-only-gathers-momentum-but-gets-the-support-of-the-fans, you’d like to see at the club. Now whether Maddison would be prepared to leave high-flying Leicester City or, indeed, whether the club would be willing to sell him remains open to debate.

The second target, according to our source, is just as interesting with the 24-year-old Aston Villa midfielder, Jack Grealish, being the target.

Grealish has continued to produce exceptional performances in a struggling Aston Villa side but United’s chances of landing Grealish could be as remote as that of Maddison joining the club.

At a press conference ahead of the round of FA Cup 3rd round matches this weekend, The BBC, carries the following comments attributed to the Aston Villa manager, Dean Smith:

“Our owners are very ambitious in establishing us as a top Premier League club. To do that you need to keep your best players.

“People can keep looking but they can’t touch. We want to keep our best players and he’s showing he’s one of the best in the Premier League.”

But could Aston Villa, or Leicester City, be tempted to sell if the cash offer made was of significant value?

That remains to be seen!

Meanwhile, given the chance to sign just one, who would you opt for?

Please drop your preference into the comment facility beneath this article.

Given The Choice To Sign Just One, Who Would It Be? 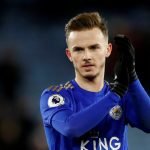 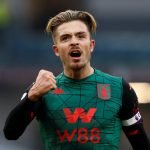